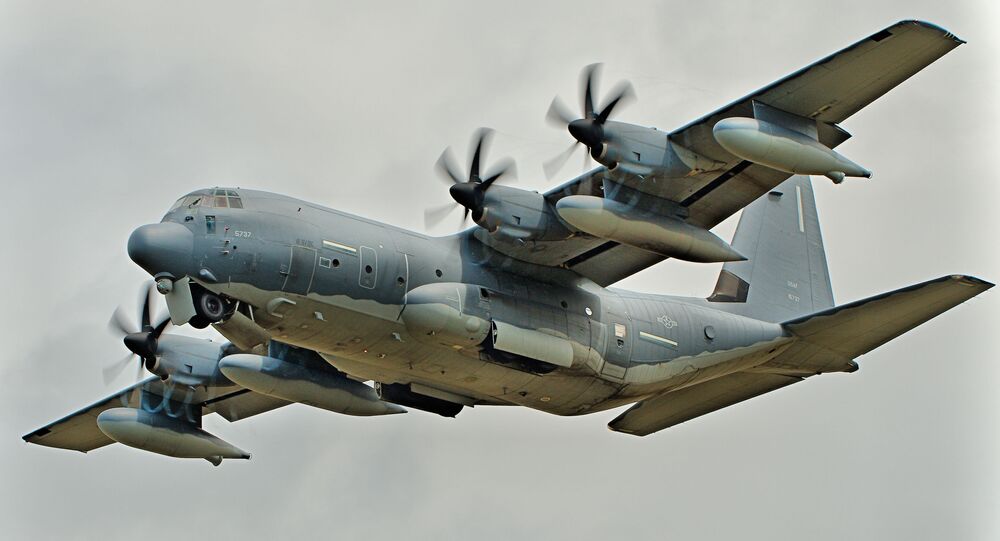 In a recent test of concept, the US Air Force Research Laboratory (AFRL) and Air Force Special Operations Command (AFSOC) rolled a pallet of munitions out the back of an MC-130J Commando II, proving the cargo plane can be turned into a “weapons truck” for mass deployment of missiles and bombs.

According to the Air Force, the test involved “munitions stacked upon wooden pallets, or Combat Expendable Platforms, deployed via a roller system. AFSOC used an MC-130J Commando II since its cargo area supported the release of multiple, relatively large munitions.”

The research lab carried out three such tests at Utah’s Dugway Proving Ground on January 28.

“This successful (demo) is evidence of our commitment to evolve innovative weapons concepts and enhance our partnership with AFSOC to meet the needs of the National Defense Strategy,” Col. Garry Haase, director of the AFRL’s Munitions Directorate, said in an Air Force news release. “CLEAVER represents a different approach to launching large numbers of long-range weapons, which will bring a new dynamic to the high-end fight.”

The AFRL describes the Cargo Launch Expendable Air Vehicles with Extended Range (CLEAVER) as “long-range, high precision weapons [that can] destroy moving and non-moving targets,” but the Air Force is shy about further details. The War Zone noted, however, that based on the sole picture provided of two dummy munitions from the test, the CLEAVER may be similar to the AGM-154 Joint Stand-Off Weapon (JSOW) glide bomb, a type of early “loitering munition” that can fly and seek out a target dozens of miles from where it was dropped.

The test was also proof of the “arsenal plane” concept in practice, a proposal put forward last year as a way to breathe new life into the Air Force’s aging bomber fleet and save money on developing and building a new type of plane for the new types of weapons being produced by the Pentagon, such as hypersonic missiles.

Sputnik reported in November 2019 that the Air Force was considering its B-52 and B-1B bombers first, but not ruling out the C-17 Globemaster III and C-130 Hercules transport aircraft; the plane used in the January test was a modified version of the latter, an MC-130J. Many of the planes are close to half a century old, including the C-130 family, which was first introduced in 1956.

The B-1B Lancer has also begun being repurposed into a “missileer,” as Assistant Secretary of the Air Force for Acquisition, Technology and Logistics Will Roper called it. After demonstrating the supersonic plane could tote more than three dozen missiles with sufficient modifications, the Pentagon has begun deploying Lancers to the western Pacific Ocean and South China Sea, where they’re being armed with the new Long-Range Anti-Ship Missile (LRASM) and sent on maritime patrols against the Chinese navy.

A more experimental use of the C-130 is serving as the “mothership” for the X-61A Gremlin “drone swarm.” The Defense Advanced Research Projects Agency (DARPA) tested the plane’s ability to deploy the Gremlin back in November, but has not yet tested having the Gremlin return to the “mothership” again.