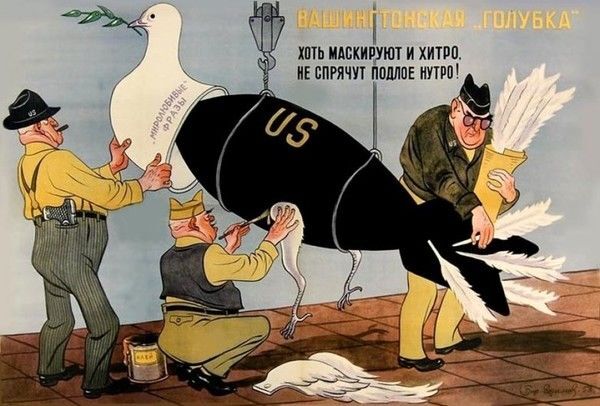 Russia’s foreign ministry announced Thursday that it could not rule out that the US might withdraw from the Comprehensive Nuclear Test Ban Treaty, while stressing that the document is one of the most significant and important treaties related to nuclear deterrence and non-proliferation in existence.

“In general, any actions or activities by any country that violate the international norm against nuclear testing, as underpinned by the CTBT, would constitute a grave threat to the nuclear non-proliferation and disarmament regime, as well as to global peace and security more broadly,” Zerbo said, speaking to The Guardian on Thursday.

According to the official, his agency has “worked closely” with Washington for over two decades, with US officials previously indicating “that there was no need for nuclear testing.”

That may all change soon, however, with US media reporting last week that the Trump administration was considering conducting a nuclear test, the US’s first since 1992, and reversing a decades-old ban on such activities. Pentagon acting deputy assistant defence secretary for nuclear matters confirmed that the US would be able to “relatively rapidly” prepare for such a test were the president to order it.

On Thursday, Russian Foreign Ministry spokeswoman Maria Zakharova warned that Moscow could not rule out that the US may withdraw from the test ban treaty entirely, given Washington’s recent pattern of behaviour.

The reported discussions on a resumption of US nuclear tests comes following the US’s withdrawal from the Open Skies Treaty earlier this month, and from the Intermediate Range Nuclear Forces Treaty in August 2019. Russian officials have repeatedly expressed a willingness to carry out talks on the New Strategic Arms Reduction Treaty (New START) before it expires in early 2021, but Washington has hinted that any new agreement should include both Russia and China, a condition Beijing has not agreed to.

The United States last tested a nuclear weapon on September 23, 1992, just months before the start of negotiations for the Comprehensive Nuclear Test Ban Treaty began in 1993. The UN adopted the treaty in 1996, and although the US signed the agreement, the Senate never ratified it. Egypt, Iran, and China similarly have yet to ratify the document, while India, Pakistan, and Israel, other nuclear powers named in the treaty, have not signed it. North Korea withdrew from the CTBT in 2003.