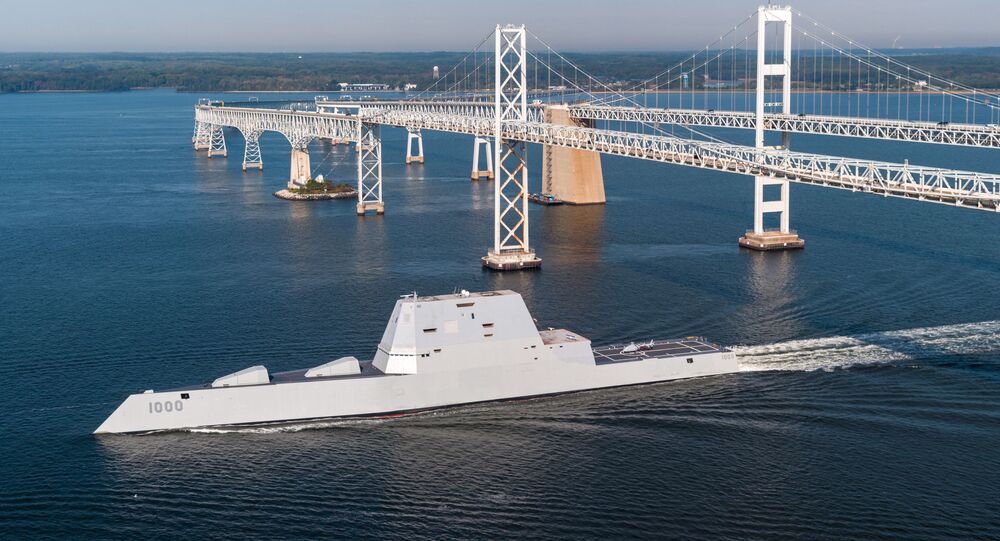 After years of being defenseless, the US Navy’s futuristic USS Zumwalt destroyer has test-fired its new high-velocity gun off the California coast.

The US Pacific Fleet announced on Wednesday the Zumwalt had “successfully executed a ‘structural test fire’ of the Mark 46 MOD 2 Gun Weapon System,” a 30-millimeter high-velocity cannon derived from the Mark 42 Bushmaster gun used in the Bradley Infantry Fighting Vehicle. The system was also previously installed on the San Antonio-class amphibious landing dock, as well as the Littoral Combat Ship.

The test is part of a systematic shakedown of the ship’s systems designed to discover how firing and operating different systems affects the ship in terms of vibration, damage caused by operation or other hazards to the warship and its crew.

“The privilege of being a ‘first-in-class’ ship includes having the opportunity to systematically conduct testing across the breadth of systems installed onboard the ship,” Capt. Andrew Carlson, the Zumwalt’s commanding officer, said in the news release. “The real plus is conducting those tests, such as today’s live fire with the Mark 46 GWS, which provide tangible evidence of combat capability maturation.”

Although the Zumwalt was commissioned in 2016, only now has it gained working weapons. The warship was initially designed around a pair of massive 155-millimeter rapid-fire cannons that would have given it the firepower of 16 land-based howitzer guns. However, as the cost ballooned to extraordinary heights, the Zumwalt was reimagined and rebuilt as a standard guided missile destroyer. Sputnik reported in late March that the ship’s combat system would soon be installed.

“Today’s event is the first in a chapter of live fire test events over the next year that will prove the lethal capability that these ships will bring to the fight,” Lt. Cmdr. Tim Kubisak, Zumwalt test officer, Program Executive Office for Integrated Warfare Systems, said in the statement.