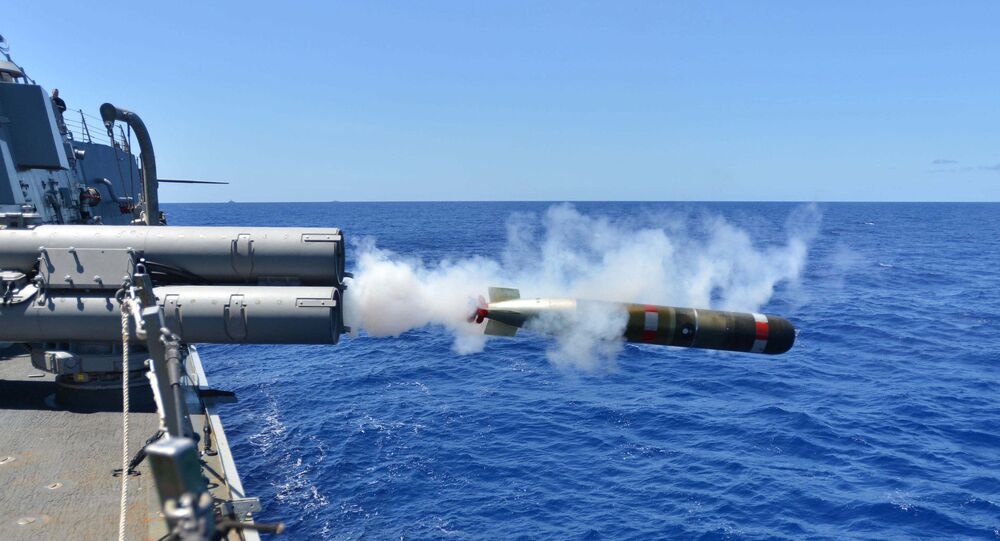 The prorotype is said to be just 2.15 meters long and weigh less than 100 kilograms, 16 times lighter and almost 3 times smaller than the traditionally-sized torpedoes currently employed by the US Navy.

Northrop Grumman has developed a new mini torpedo for US submarines, the defense tech giant announced in a press release on Thursday.

The new prototype weapon is called Very Lightweight Torpedo (VLWT) and is claimed to be the first industry-built torpedo of its kind.

According to Northrop, it is based on design by Pennsylvania State University's Applied Research Laboratory, which defence contractors received from the Office of Naval Research in 2016. The Virginia-based company said it privately funded the research and development and replaced high-cost elements in the initial design.

Is appears to be much smaller than the heavyweight Mk-48 and lightweight MK-54 torpedoes Northrop has been producing for US Navy. The torpedo which the new prototype is designed upon weighs just 99.8 kilograms with a length of 2.15 metres, according to The Drive.

The Navy has already tried to fit its warships with an anti-torpedo defence system called ATTDS, but halted its development in 2018 because of poor performance of the prototypes and removed the initial systems from five aircraft carriers the following year.

The VLWT enters the fray as the US military is looking to inject millions of cash in development of Compact Rapid Attack Weapons (CRAW), very lightweight torpedoes that can "double as a submarine hard kill countermeasure".

The Navy requested $49.1 million for the programme for the next fiscal year, which starts in October, and plans to mount the CRAWs onto Block III and IV Virginia class attack submarines beginning in October 2023.