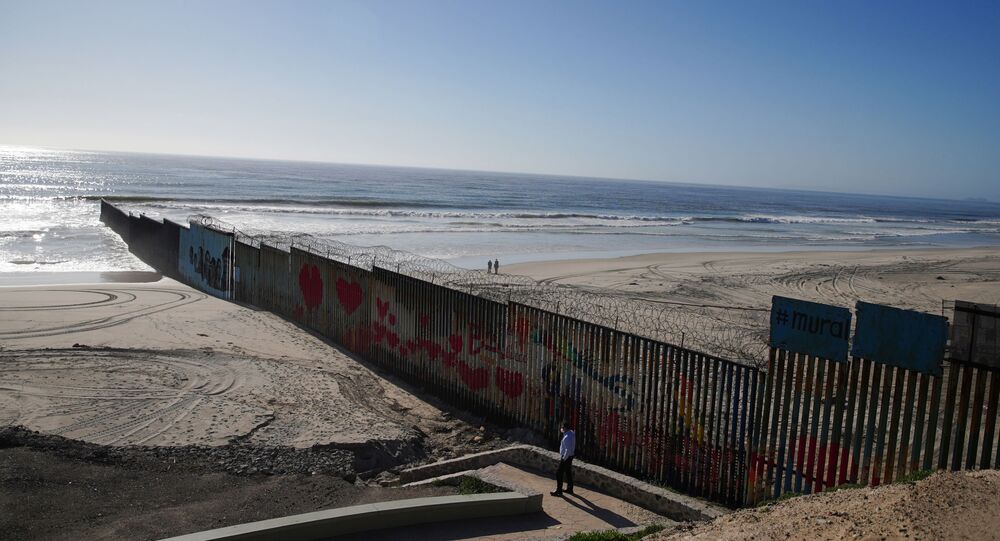 A new congressional audit report has revealed that funds needed to begin construction of a new amphibious assault ship for the US Navy later this year were instead redirected to fund construction of the US-Mexico border wall. The move could have long-lasting implications for the governmental balance of powers as laid out in the US Constitution.

In a new report from the Congressional Research Service (CRS), the independent watchdog agency notes that $650 million set aside by Congress to begin early construction of a new America-class amphibious assault ship were instead used to fund US President Donald Trump’s pet project of a wall on the border between the US and Mexico. As a result, construction of the ship could be delayed, and future vessels in the class will be more expensive to construct.

According to the May 6 report on the status of two amphibious assault vessel types, Congress set aside an extra $650 million not requested by the Pentagon for the fiscal year 2020 budget in order to push the US Navy into signing an early contract for construction of the “LHA-9,” the next ship in the America-class line.

However, when the White House extended its declared national emergency on the southern US border for another year in mid-February 2020, the Pentagon then moved to supply $3.8 billion of the $7.2 billion in total funds “reprogrammed” from parts of the existing budget toward construction of the border wall.

The administration declared the emergency in February 2019 after a failure to compel Congress to authorize $5.7 billion for border wall funding, with a six week-long government shutdown only squeezing $1.3 billion out of Democratic lawmakers. By declaring the border emergency, Trump acquired the ability to redirect funding in support of the administration’s proposed solution: building a barrier on the border - power he retained by renewing the declaration for another year.

“The reprogramming action acknowledges that LHA-9 is a congressional special interest item, meaning one that Congress funded at a level above what DOD had requested. (The Navy’s FY2020 budget submission programmed LHA-9’s procurement for FY2024 and requested no funding for the ship.) The reprogramming action characterizes the $650 million as ‘early to current programmatic need,’ even though it would be needed for a ship whose construction would begin in FY2020,” the CRS report explains, noting that Congress set aside the extra funds because it believed an earlier construction date would save money.

In exploring the question as to whether or not the Pentagon was “disregarding or mischaracterizing the actions of Congress regarding the procurement dates of these three ships,” the CRS notes a real danger is posed to the “power of the purse under Article 1 of the Constitution, and for maintaining Congress as a coequal branch of government relative to the executive branch.”

One potential explanation supplied by the CRS is that the Department of Defense is trying to “inflate the apparent number of ships requested for procurement in FY2021 and the apparent number of ships included in the five-year (FY2021-FY2025) shipbuilding plan,” which could potentially “establish a precedent for DOD or other parts of the executive branch in the future to disregard or mischaracterize the actions of Congress regarding the procurement or program-initiation dates for other Navy ships, other Navy programs, other DOD programs, or other federal programs.”

However, aside from constitutional questions, the delay in constructing the LHA-9 could also cause the ship’s cost to increase by roughly $500 million.

The Congressional Budget Office (CBO) report on the Navy’s fiscal 2020 shipbuilding plan noted that if the next America-class ship isn’t built until 2024, the resulting seven-year gap from the time the last ship was constructed “would effectively eliminate any manufacturing learning gleaned from building the first 3 ships of the class,” causing the price to increase from the estimated $3.4 billion to approximately $3.9 billion.

Shipbuilding isn’t the only area hurt by border wall emergency procurements, though. Late last month, US Defense Secretary Mark Esper announced the restoration of some $545.5 million in funds for 22 construction projects deferred by the funding shifts.

These projects span from construction projects at West Point Military Academy to pier maintenance at a Washington state naval base and a new middle school at a Kentucky base, among others, according to McClatchy.

That money didn’t come out of thin air, though: according to Politico, the funds were redirected from another 19 projects, most of which were under the Overseas Contingency Operations (OCO) umbrella used by the DOD and Department of State to fund base operations abroad. The outlet notes the projects were in nations such as Germany, Japan, Norway, Spain and Jordan.

“This is significant because lawmakers specify in the annual appropriations bills that OCO funds are to be spent for projects overseas, and here they will be used for a wall in the US,” Politico noted. “Moreover, the appropriations to fund the new list of deferred projects were approved by Congress after the president’s emergency border declaration.”

US Awards $180Mln Contract for 15 Miles of Border Wall