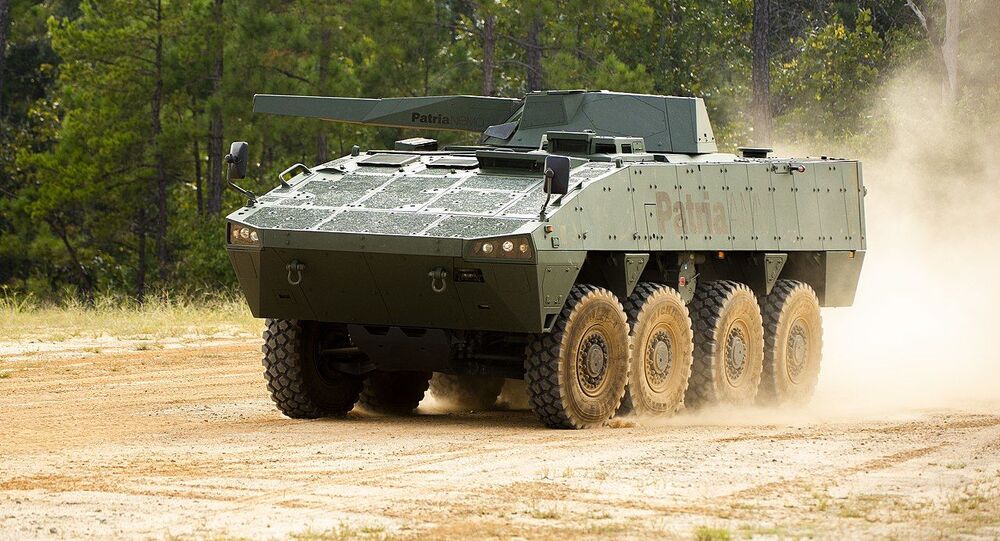 The US Army began surveying the global arms market for a replacement to its current mounted and towed 120mm mortar systems in 2018, seeking options with greater range and protection for crews. Similarly, the Marine Corps ditched its M327 towed mortars completely in late 2017 after decades of issues with the weapons.

Finnish defence company Patria has signed on to a joint feasibility study with the US Army to determine whether its NEMO (‘NEw MOrtar’) 120 mm breach-loaded turreted mortar system can be fitted into US vehicles and hooked up to US fire control systems, the company said in a statement.

The Cooperative Research and Development Agreement (CRADA) document was announced on Monday. The US Army already tested the mortar system out at a range in Fort Benning, Georgia last September during an arms expo.

The Patria NEMO features a remote-controlled mortar system with direct and indirect fire capability, and is touted as a lightweight and compact weapon that can be installed on armoured vehicles and ships.

The US Army began the search for a 120mm replacement to its existing, aging mortar systems for its Armoured and Stryker Brigade Combat Team units in 2018, requesting a system “that provides protection from enemy counter battery systems and insulates soldiers from the effects of both noise and blast overpressure.” According to Army specifications, the turret “shall be capable of firing heavier projectiles at a greater range than the current Battalion Mortar System (BMS) or Recoil Mortar System-Light (RMS-L).”

The Marine Corps has similarly been looking for a new mortar system after giving up on its M327 towed mortars and their associated kit in late 2017.

Patria has already sold the NEMO to the Finnish Army, as well as Saudi Arabia, Slovenia, Sweden and the UAE, with the latter fitting the system aboard its Navy vessels.