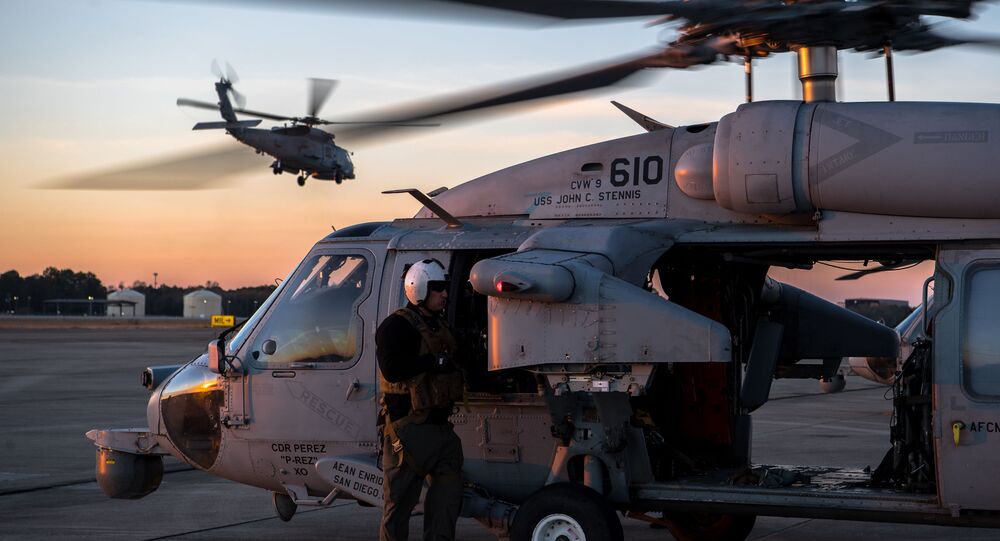 "We are anticipating that virtually 100% of our fleet will incorporate FLRAA aircraft in the future and at some point we will look to divest ourselves of our MH-60 aircraft to the more capable, higher performing, faster-flying FLRAA aircraft," SOCOM Program Executive Officer Rotary Wing head Geoffrey Downer told US defense reporters at the National Defense Industrial Association's vSOFIC 2020 industry conference on May 12, as reported by Military.com.

Back in March, Sputnik reported that the US Army had selected a total of four designs as part of its ongoing FARA and FLRAA competitions under the Future Vertical Lift (FVL) initiative.

The FLRAA effort referenced by Downer has been narrowed down to Bell’s V-279 Valor, a tiltrotor aircraft, and the coaxial SB-1 Defiant chopper from Sikorsky-Boeing.

Some operation-specific requirements are expected to be added to the FLRAA program’s aircraft in order to meet SOCOM’s needs.

“[Senior Amy leadership] are going to put provisions for aerial refueling but not necessarily develop a full system with the aerial refueling probe," Downer noted. "We are picking up that activity to make sure we incorporate that [aerial refueling] probe because it will be a foundation for our aircraft."

While SOCOM expressed the likely possibility of an MH-60 replacement through the FLRAA competition, it’s unclear if the FARA program will produce an alternative to the unified combatant command’s MH-6 Little Bird.

“[The Army] is still defining what their mission equipment packages are, so we've defined our overarching requirements,” Downer told reporters, according to National Defense Magazine. “If FARA is going to replace Little Bird, they need to meet some of SOCOM’s key requirements.”

Downer noted these aircraft requirements would include the ability to carry four to six service members and be air-transportable by a Boeing C-17 Globemaster III.

Lockheed Martin-Sikorsky’s RAIDER X coaxial helicopter and the Invictus 360 of Bell are the two aircraft remaining in the FARA program competition. According to Downer, the Invictus 360 currently lacks the configuration to allow the transportation of troops.

At the same time, it’s worth noting that Bell has boasted that the Invictus 360 will be remote-operational - a capability that may prove to be very attractive from a modernization standpoint.

If the FARA program selects the Invictus 360 as-is, “then we might end up with a mixed fleet going forward," he said, speaking of SOCOM.

According to Military.com, the two aircraft under the FARA program are scheduled for flight demonstrations in fall 2022. The FLRAA effort’s Competitive Demonstration and Risk Reduction phase is expected to continue until at least 2022. A selection between V-279 Valor and SB-1 Defiant will then be made by the Army.

Fielding of aircraft from both of the FVL’s programs is not slated to begin for another decade.

California to Resume Professional Sports in June Without Fans - Governor