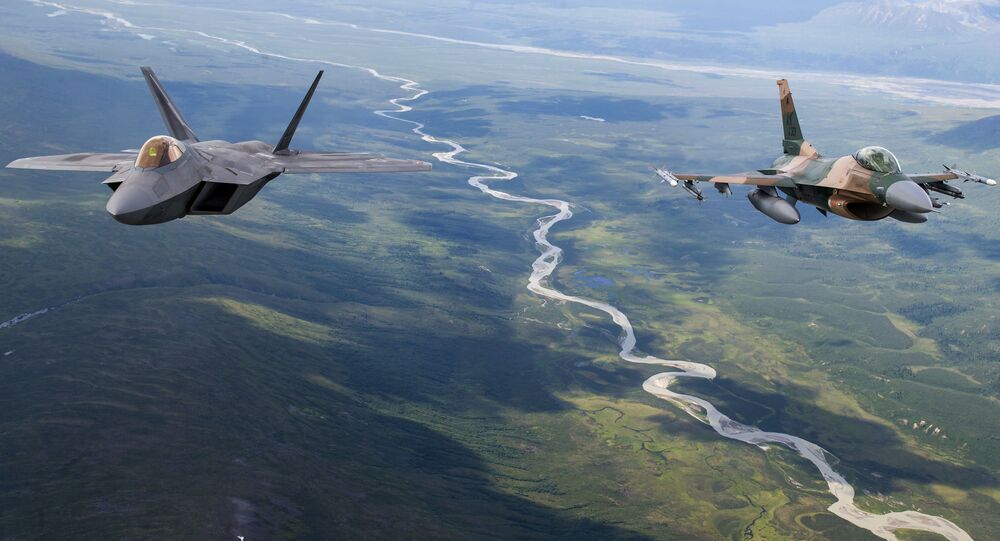 The base has long been on the back burner in Pentagon's plans to upgrade its training capabilities, but the situation could change if the military does not cut back on spending due to the economic effects of the global coronavirus pandemic.

The Joint Pacific Alaska Range Complex (JPARC), a remote US airbase that has been tasked with training novice pilots for real combat situations since the Cold War, is awaiting a major overhaul requiring $500 million in funding provided by the Pentagon, The Washington Post reported, citing military officials.

The JPARC is expected to receive high-end surface-to-air missile simulators needed to train pilots to evade modern air defence systems in 12 to 18 months, and possibly even 11 units of an earlier version of the F-35 jet, called F-35s for the purpose of drills. While the decision to transfer F-35 jets is still facing opposition in Congress, if it passes, the instructors, called the 18th Aggressor Squadron, will be able to train F-22 and F-35 jet pilots for encounters with near-peer adversaries, such as Russian fifth-generation Su-57 jets or Chinese J-20s.

The newspaper noted that the modernisation effort comes as the Pentagon seeks a change in paradigm: from a focus on ground forces, used in two decades of fighting terrorism, to a focus on countering Russia and China, whom the White House under Trump's administration has been considering as possible adversaries.

The JPARC, as well as many other bases, has received little attention from the Air Force command, who have mostly focused on modernising other favourites such as Nellis airbase, the military officials said. But these bases, unlike JPARC, lack space for major exercises as well as for further expansion, they argued. At the same time, without funding for new simulators and jets, the JPARC could not properly train pilots for the top American jets, using ageing F-16s to pose as adversaries instead - a far cry from modern Russian and Chinese jets.

The airbase upgrade, however, might be delayed, The Washington Post noted. The major economic decline caused by the global coronavirus pandemic might force the Department of Defence to cut its spending and once again put the JPARC on the back burner in terms of investing in its modernisation.

Tags:
US, air base, US air base, training, Russia, China, F-35
Community standardsDiscussion