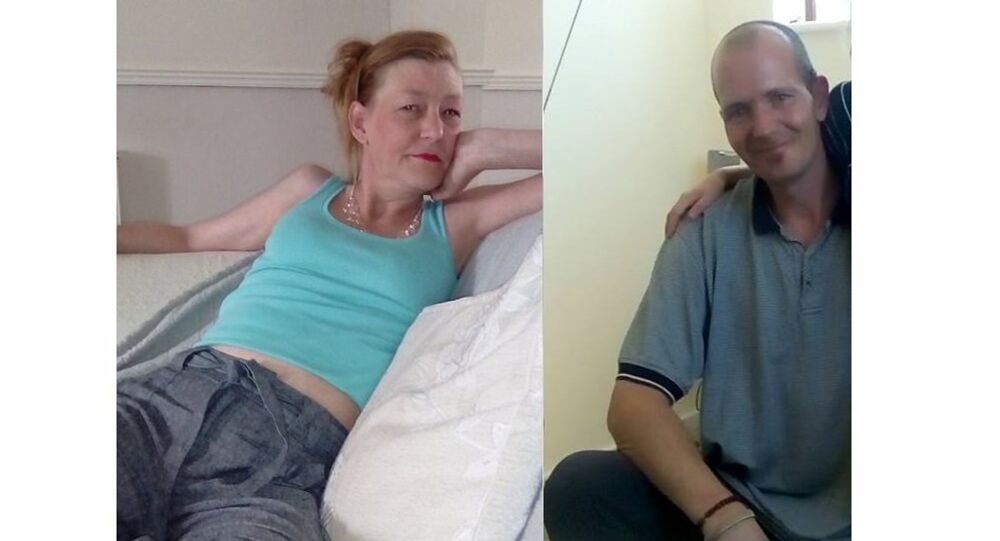 'What Are They Hiding?': Family of Novichok Victim Sturgess Wins Legal Challenge

In September 2018, the Crown Prosecution Service charged two Russian men over the incident, although charges relating to the poisoning of Sturgess and her partner Charlie Rowley were conspicuously absent.

The family of Dawn Sturgess, who died in July 2018 after allegedly coming into contact with novichok, has won the first stage of a legal challenge against a coroner’s decision to limit the scope of her inquest.

David Ridley, senior coroner for Wiltshire, originally moved to delay an inquest into Sturgess’ ever-puzzling death indefinitely at the end of 2019, although due to legal pressure was forced to convene an official probe, albeit with a scope that excluded consideration of issues such as whether British authorities failed in their duty to protect the public in the wake of the poisoning of former Russian spy Sergei Skripal and his daughter Yulia in Salisbury 4th March 2018.

The Strurgess’ lawyers challenged the ruling and have now been granted permission to apply for a judicial review - a two-day hearing is now expected to take place before a senior high court judge in London this summer.

Two years on, and still no sign of the Skripals. No updates on their conditions, no "tell all" interviews. Seems to be a complete UK media blackout and, to be fair, the Russian press appears to have lost interest as well. Even cousin/niece Viktoria has gone quiet. https://t.co/s0XVd990td

​Sturgess and Charlie Rowley were allegedly infected by nerve agent after finding a perfume bottle containing novichok in a charity collection bin eight miles away from Salisbury almost four months prior to the Skripal incident. Rowley survived but Sturgess died 8th July.

The Sturgess family’s barrister, Michael Mansfield QC, has argued in submissions to the coroner any hearing examining her death ought to be an “article-two inquest”, in which the role of states can be examined closely. He suggests it’s “arguable UK authorities failed to take reasonable steps to protect members of the public, including Ms Sturgess, from novichok after it was discovered in early 2018”. He also argued the risk of death to the public could be categorised as “real and immediate” in the wake of the attack on Skripal, although Ridley has already indicated he’s not moved by such arguments.

“I do not realistically see what more the authorities could have done apart from evacuate the whole area which would have been wholly disproportionate to what was known at the relevant time,” he said in a January ruling.

What are you talking about Olaf? What interview? Surely you're not still referring to this Guardian piece you linked to? Here is the report on the initial postponements. But the inquest was postponed again on Oct 18 2019. When are you claiming it happened? https://t.co/QOGUNNGB0q

​A full inquest may not take place until 2021, and it remains unclear whether the investigation will answer a number of key questions that linger for the family. In an exclusive interview with The Guardian in February 2019, Sturgess’ parents made clear they had “complicated feelings” towards Sergei and Yulia, and suggested Whitehall had put the public at risk by homing the former spy in Britain.

“It’s sad they ended up in a coma but they weren’t the true victims. He [Skripal] took risks – he must have known there was a chance people were still after him,” said her mother Caroline.

The pair also made clear they felt no ill-will towards Russia over Dawn’s death, and didn’t care whether the two Russians accused of targeting Skripal were ever brought to justice.

“I want justice from our own government. What are they hiding? I don’t think they have given us all the facts. If anyone, I blame the government for putting Skripal in Salisbury,” Stan explained.