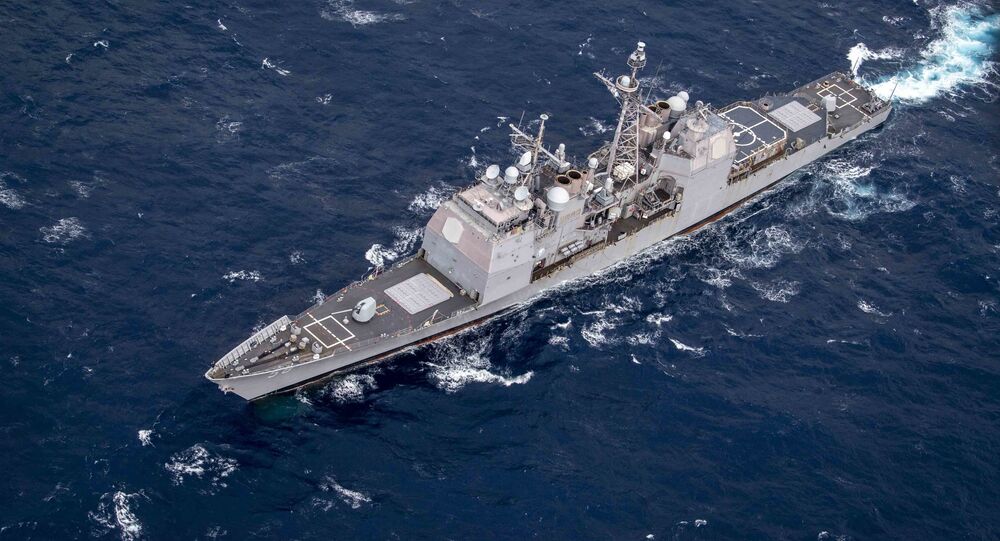 The US Navy has launched an investigation to identify what led the service’s Ticonderoga-class guided-missile cruiser USS Philippine Sea (CG-58) to spill thousands of gallons of fuel into Virginia’s York River on May 7.

A US Navy oil recovery team and the US Coast Guard were called to Naval Weapons Station Yorktown on Thursday after it was discovered that the Phillippine had leaked almost 4,000 gallons of diesel into the York River earlier that morning, reported US Naval Institute (USNI) News.

Navy officials noted that ammunition was scheduled for loading aboard the guided-missile cruiser when the spill began around 7 a.m. local time.

Despite the size of the spill, service members were able to keep the fuel in a localized area through the use of emergency containment booms.

The Remotely Operated Vehicles for Emergency Response (ROVER) Team of the York County-Poquoson Sheriff’s Office also joined in on recovery efforts and deployed an aerial drone around the shoreline to monitor the fuel’s potential spread to land.

Citing Navy officials, USNI reported that 90% of the spill had been recovered within a few hours on Thursday. The Navy later told the outlet that the environmental damage, if any, was minimal.

“The fuel was recovered using a fuel vacuum truck and fuel absorbing materials by Thursday afternoon,” Brown noted to the WY Daily. “The remaining sheen was unrecoverable and dissipated with minimal impact to the shoreline.”

The Navy has launched an investigation into the cause of the spill.