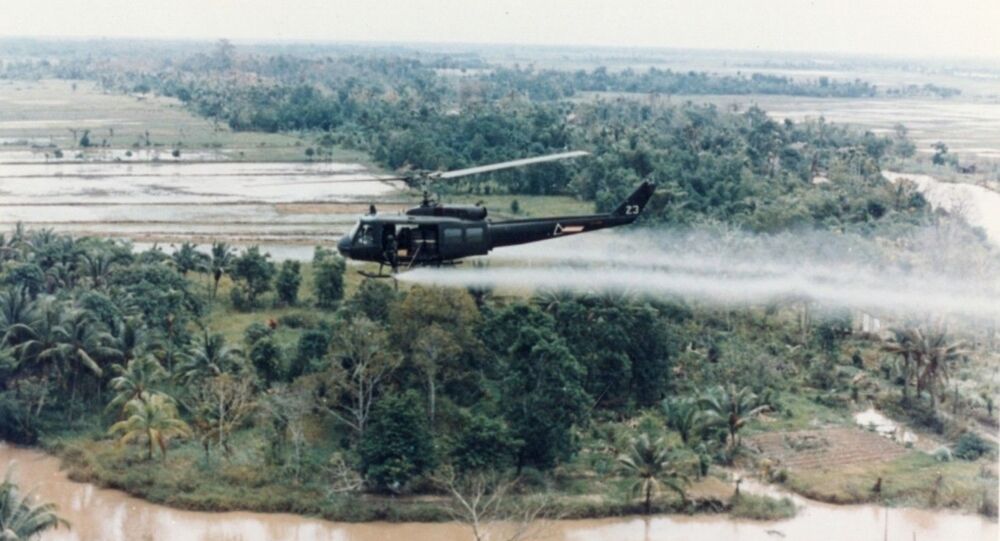 Veteran advocacy groups hope that research presented in a new white paper will allow American veterans to file for disability benefits if they have diseases linked to Agent Orange following US military service on Guam between 1962 and 1975.

The National Veterans Legal Services Program and the Jerome Frank Legal Services Organization at Yale Law School published an authoritative report on May 8 which evaluated evidence on Guam-based US veterans’ exposure to Agent Orange and other dioxin-containing herbicide agents in the ‘60s and ‘70s.

“We conclude that existing evidence establishes that it is, at the very least, ‘as likely as not’ that veterans who served in Guam from 1962 to 1975 were exposed to Agent Orange and other dioxin-containing herbicides,” the report read.

The white paper comes as the latest effort seeking to make available Agent Orange disability benefits from the US Department of Veterans Affairs (VA) to troops who were exposed to the dangerous herbicide and related chemicals - after initially being told during combat that Agent Orange was virtually harmless.

Citing government documents on the matter, the report asserted there is “direct evidence” that the US Department of Defense’s “expedient and unregulated disposal of hazardous wastes on Guam” resulted in increased risk of exposure to 2,3,7,8-tetrachlorodibenzo-p-dioxin - a highly toxic dioxin byproduct of making Agent Orange - “and other dioxin pollution.”

The government documents detailed “widespread practices of herbicide spraying, mishandling, and improper disposal prior to enactment of federal hazardous waste regulations in 1976.”

An extensive list of “locations where tactical herbicides and their chemical components were tested” was released by the Pentagon in December 2019. However, Guam was not one of the locations included, despite the island hosting tens of thousands of US troops during the war.

The white paper referenced a 2018 examination of records by the Government Accountability Office (GAO) that, in summary, claimed the use and storage of Agent Orange on Guam “could neither be conclusively proved nor disproved based on available records, in part because some potentially relevant DoD records have been lost or destroyed.”

As a result, those who have Agent Orange-related illnesses and served on Guam between 1962 and 1975 do not immediately qualify for VA benefits and instead have to satisfy evidence requirements that call for both medical and service records. Additional proof is requested if the veteran’s Agent Orange-related disease is not included in the VA’s approved list.

The May 8 report noted that the Pentagon’s failure to retain documents should not be such a major roadblock for veterans.

“Individual veterans should not be penalized for an incomplete evidentiary record when DoD has failed to maintain this record, or to resolve and refute extensive claims of Agent Orange and other toxic herbicide exposure,” the white paper read.

It remains to be seen whether the VA will move to make this particular change to Agent Orange disability benefits, but Military.com reported that the department is awaiting the results of two studies before making a final decision on whether to add “bladder cancer, Parkinson's-like tremors, hypothyroidism, hypertension and monoclonal gammopathy of undetermined significance” to its list of Agent Orange-related diseases.