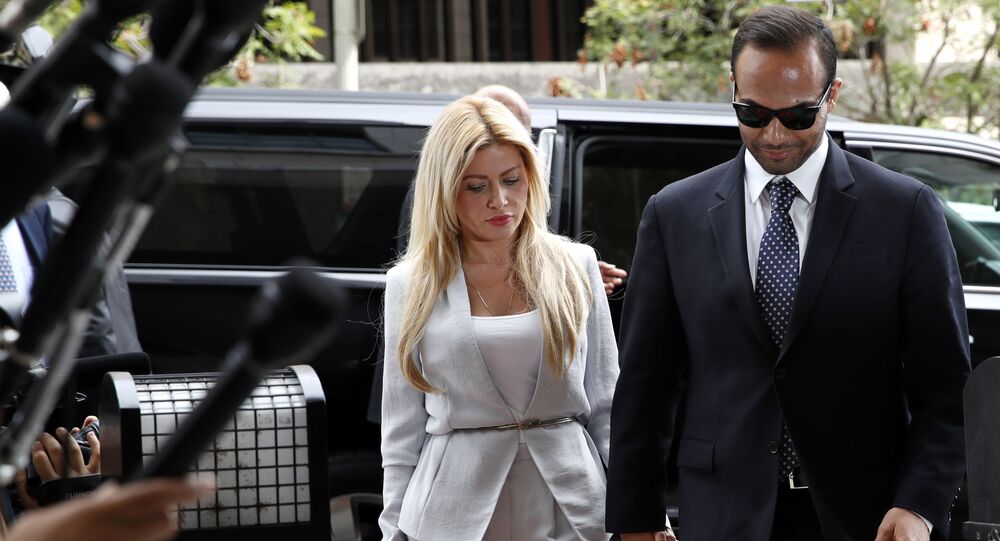 On 5th May, transcripts of conversations between former Trump campaign aide George Papadopoulos and one of the at least three confidential human sources (CHS) deployed by the Federal Bureau of Investigation to gather prospective dirt on him during 2016 and 2017 were released. Having reviewed the documents, Papadopoulos has confirmed the identity of his CHS - Jeffery Wiseman, a college friend.

Since then, he has released to The Daily Caller Facebook messages he exchanged with Wiseman in March 2017, mere weeks after FBI agents visited Papadopoulos at his home in Chicago to quiz him about his work on the Trump campaign. Unbeknownst to him, the visit was part of the Bureau’s Crossfire Hurricane counterintelligence investigation into whether Trump’s campaign conspired with the Russian government to influence the outcome of the 2016 election.

According to a secret transcript that was just declassified on Monday, one of the spies the FBI deployed against George Papadopoulos said that Israelis and U.S. Jews are "all f---ing spies," referred to them as "f---ing c---suckers," and said they should all be executed. pic.twitter.com/HhuaEdUvTj

​In one exchange, Wiseman asks whether Papadopoulos wants him to purchase a “burner phone” for him - Papadopoulos laughs off the offer, but Wiseman remains insistent, saying he can “pay cash” and “get it from a random gas station so you can’t be traced”. The ostensible catalyst for the conversation was a visit Wiseman received from the FBI, which prompted a “frantic” phone call to Papadopoulos, in which Wiseman claimed Bureau investigators were “asking a million questions” about his old college pal.

Papadopoulos was initially concerned by the call, believing it indicated that the FBI was taking its investigation of him extremely seriously, and tracking down former associates to build up intelligence on him. However, he now believes the call, and offer to buy a burner phone, was a trap, and the FBI intended to plant the phone with a recording device to monitor Papadopoulos’s phone calls, and/or suggest he was engaged in deceptive behaviour.

“I think they were trying to get me in an obstruction thing, where I would tell them on a recorded line, ‘dude, don’t talk to the feds.’ And then the feds would have used that as part of the obstruction of justice charge,” Papadopoulos told the Daily Caller.

I learned today that a bottom feeder I knew as a 18 year old student ended up becoming an informant against me 10 years later and that I was under investigation for being an alleged Israeli spy. You can’t make this up.

​FBI agents contacted Wiseman after learning he had a connection to Papadopoulos, and had expressed interest in cooperating with the FBI during a previous investigation. His ‘on-boarding’ process as a CHS was then “accelerated” due to “operational necessity”.

The FBI transcripts show Papadopoulos and Wiseman making small talk during their three recorded encounters, talking about mutual friends, romantic interests, and career prospects, with Wiseman probing Papadopoulos about his work on the Trump campaign and interactions with foreign governments and officials - Papadopoulos made consistently clear in the chats the Trump campaign had not worked with Russia and wasn’t involved in releasing Democratic National Convention emails published by WikiLeaks. He also failed to rise to what seem like planted baits, such as Wiseman suggesting Israelis were “all f***ing spies” and “c***suckers” who should all be executed.

In another message shared by Papadopoulos he received from Wiseman 15th March 2017, in which his apparent friend rather chillingly urges him to “stay strong”, “make sure” he’s “not being followed or watched everywhere you go” and not let paranoia get to him. but I also [sic] don’t let paranoia get to you.”