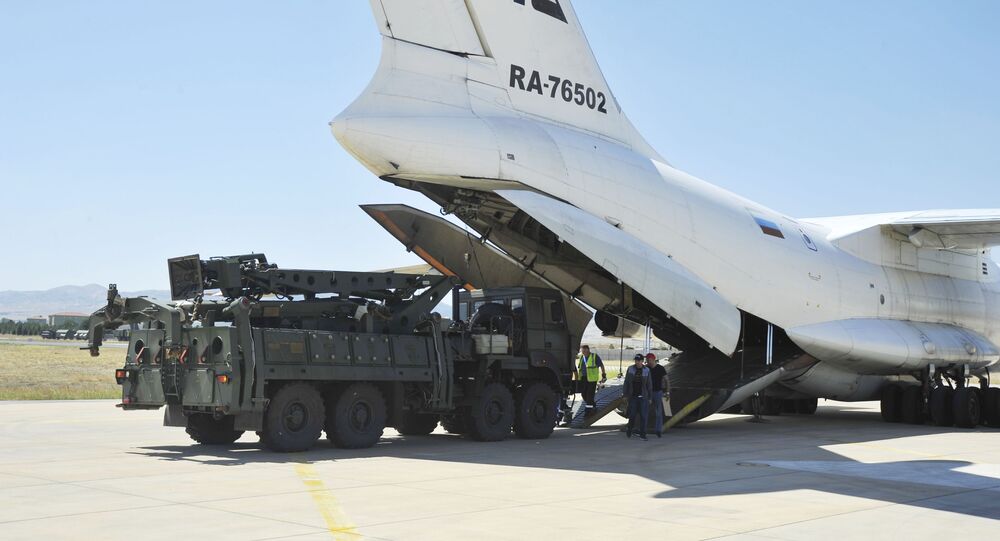 MOSCOW (Sputnik) - Moscow and Ankara discuss the composition and the time frame for the delivery of an additional batch of the Russian S-400 air defence systems, the head of the Russian Federal Service of Military-Technical Cooperation, Dmitry Shugayev, has said.

"The issue of an additional batch of S-400 for Turkey remains on the agenda. We are coordinating the composition, the delivery time frame and other conditions. Negotiations are ongoing today, and we hope to reach agreement in the foreseeable future," Shugayev has told the National Defence magazine.

Earlier this month, Turkish presidential spokesman Ibrahim Kalin said that Ankara was unable to deploy the S-400 air defence systems as planned due to the ongoing pandemic.

In 2019, Russia fulfilled its first contract for delivering four divisions of S-400 to Turkey, with the total cost reaching $2.5 billion. The contract envisions an option for one more regimental batch.

© Sputnik / Russian Ministry of Defence
COVID Crisis: US Sanction Threats Over Turkey's S-400 Deployment Unacceptable, Ill-Timed – Publicist
At the same time, the US has strongly objected Turkey's decision to buy the Russian air defences and then advised it against deploying them in April, repeatedly threatening the country with sanctions.

The US claims that S-400s are incompatible with the NATO defence grid despite previously not opposing Greece purchasing its predecessor, the S-300.