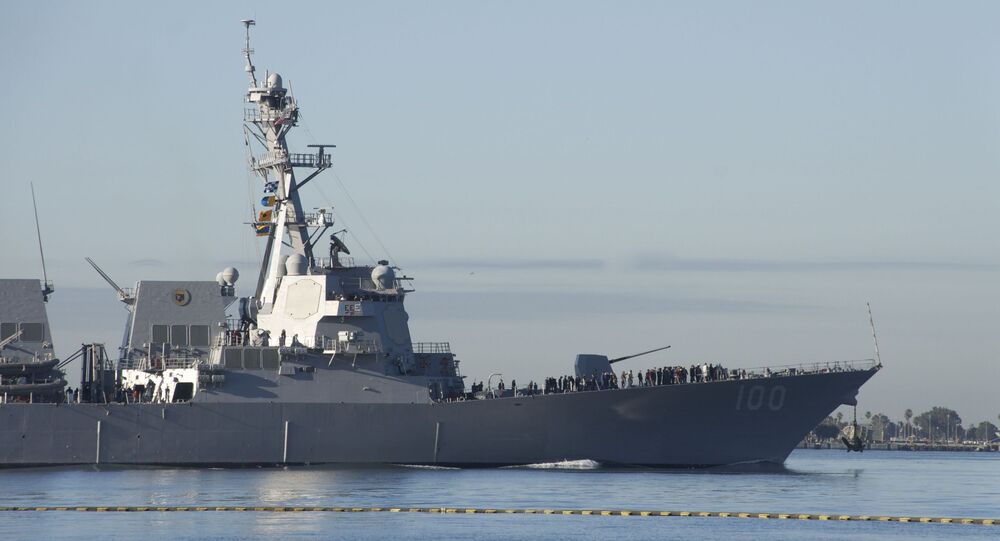 US Defense Secretary Mark Esper on Tuesday told reporters that the novel coronavirus outbreak aboard the Navy destroyer USS Kidd may have begun during a counterdrug mission the ship was carrying out while deployed in the Pacific.

The Kidd was deployed with the USS Theodore Roosevelt Carrier Strike Group in January but was later rerouted to the eastern Pacific for counternarcotics missions in US Southern Command.

Currently, the Kidd is in San Diego, California, and its crew members are being treated for the coronavirus.

"All the proper protocols are being followed to make sure that we get her back to sea as soon as possible," Esper added.

The Kidd became the second deployed Navy warship after the Roosevelt aircraft carrier to return to port after dozens of COVID-19 cases emerged among crew members. The Roosevelt is currently docked in Guam. The Navy revealed in late April that it had completed testing on all of the Roosevelt’s crew members while the ship was being disinfected.

More than 1,100 crew members out of around 4,800 on the Roosevelt tested positive for COVID-19, and at least 78 members of the Kidd’s crew of around 300 tested positive for the coronavirus. As of last Wednesday, one sailor from the Kidd’s crew had been medically evacuated for experiencing shortness of breath, while 15 others had been transferred to a ship with a medical facility.

During a Monday virtual event hosted by the Brookings Institution think tank, Esper also said that deployed Navy ships are the “safest place to be” during the pandemic.

"Of the 90-plus ships we have at sea, we only have two that have been affected. Two ships out of, I think 94. That's a pretty good record. The Navy has taken a lot of good practices. They have learned from the Teddy Roosevelt ... Before a ship deploys, it goes through multiple tests of its sailors,” Esper said.