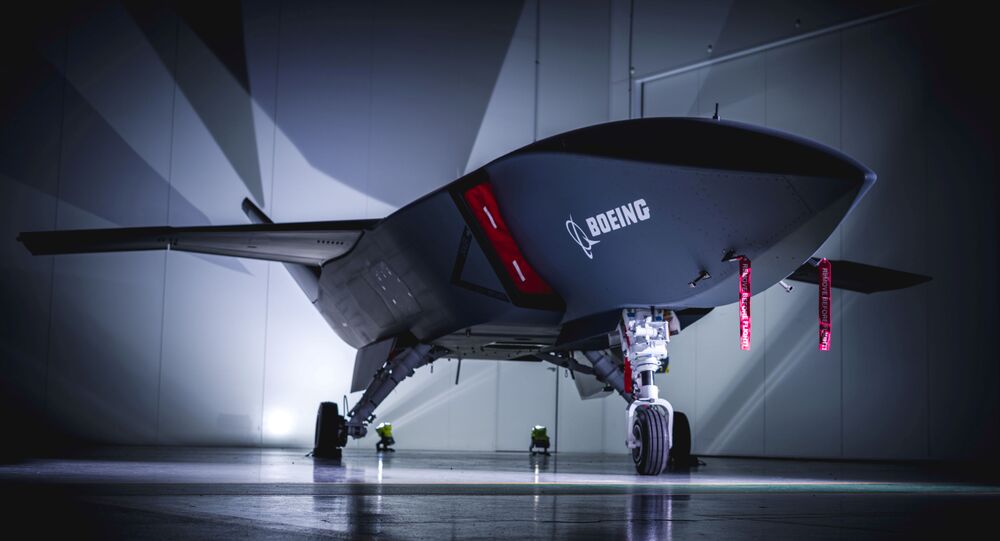 MOSCOW (Sputnik) - The Boeing aircraft manufacturer has presented the first three prototypes of an unmanned attack drone that is powered by artificial intelligence for the Royal Australian Air Force, the company’s Australian branch announced in a press release on Tuesday.

According to Boeing, the drone, dubbed Loyal Wingman, is the first aircraft to be designed, engineered, and produced in Australia for more than half a century with mass production starting by the middle of the decade.

“This is a truly historic moment for our country and for Australian defence innovation,” Australian Prime Minister Scott Morrison said in the press release.

According to Boeing, the Loyal Wingman drones will now be subject to rigorous ground and flight testing. Chief of the Royal Australian Air Force Air Marshal Mel Hupfeld praised the cooperation between the armed forces and the aircraft manufacturer.

© REUTERS / THE BOEING COMPANY
Boeing's unmanned Loyal Wingman aircraft is seen in this handout picture obtained on May 5, 2020 in an undisclosed location in Australia

​“This demonstrates the importance of the relationship Air Force has with Boeing Australia and defence industry more broadly. I look forward to exploring the capabilities this aircraft may bring to our existing fleet in the future,” Air Marshal Hupfeld said in the press release.

In February 2019, the Australian government announced an investment of $25.8 million in the project to produce the unmanned combat drone.

The Loyal Wingman unmanned aircraft can reportedly conduct intelligence missions on its own or provide support to manned aircraft.