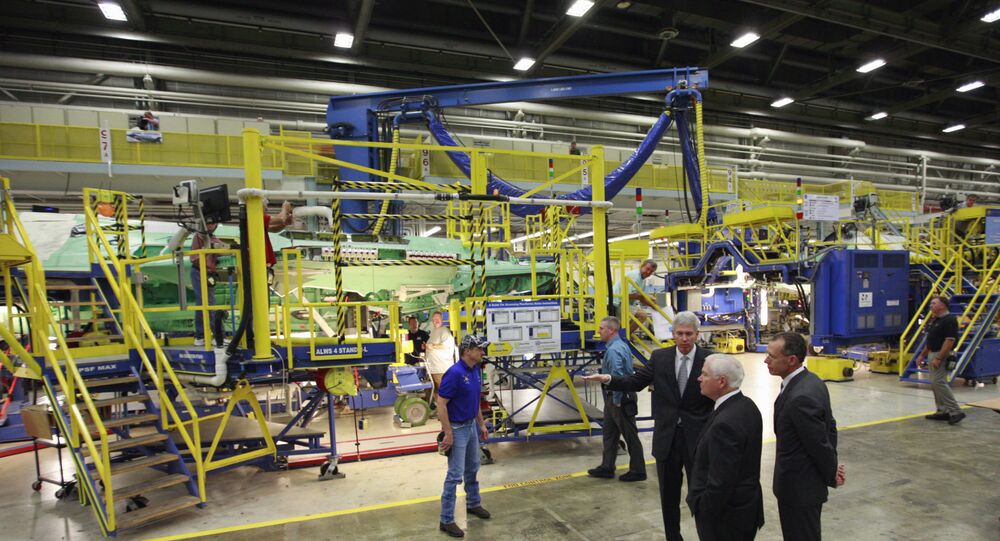 The Pentagon is currently working alongside the US Congress to come up with "statutory tools to intervene" in acquisitions and mergers of American defence firms in a bid to prevent alleged "nefarious practices".

The US Department of Defence is aware that some of the country's "adversaries" are seeking to use the current economic situation created by the coronavirus pandemic to acquire some US defence companies, the Pentagon's top acquisition official, Ellen Lord, has said.

"What I am concerned about is nefarious [merger and acquisition] practices. We’ve talked a lot with other nations, particularly in Europe, and we’ve seen a lot of shell companies coming in where the beneficial owner ends up being one of our adversaries. I’m particularly concerned about that", Lord said.

According to the official, the Pentagon is working in concert with Congress to work out ways to prevent such acquisitions as some defence companies are seeking sales or mergers as a way out of economic difficulties. Lord noted that the government is working on introducing "statutory tools to intervene" in situations like this.

Currently, companies that are experiencing financial trouble due to the pandemic have the opportunity to apply for government aid, but so far fewer than 20 defence companies have done so. The lack of interest can be explained by the side obligations that the government aid comes attached with, Ellen Lord explained.

"The challenge is that this $17 billion dollars worth of loans comes with some fairly invasive, kind of, riders on it. For public companies it may not be as interesting as for private companies, so that’s one of the differentiators I’m seeing", the official said.

Ellen Lord stressed that in an economic situation like this, it's important that big, prime contractors who receive money upfront from the government are pushing this money down to their subcontractors instead of withholding it.

"I believe that the major primes are flowing down but I always like to trust, yet verify. I encourage all of those companies to be as transparent and forthcoming as they can be because we have a responsibility to […] the mid-tiers and the small companies to make sure that actions we take at the prime level do go down all the way through the chain", the Pentagon official said.

Most American "prime" defence contractors, including Lockheed Martin, BAE Systems, General Dynamics, and Northrop Grumman, have already announced plans to push around $856 million in early payments down to their respective subcontractors, which might just save them from bankruptcy or from resorting to sales or mergers.