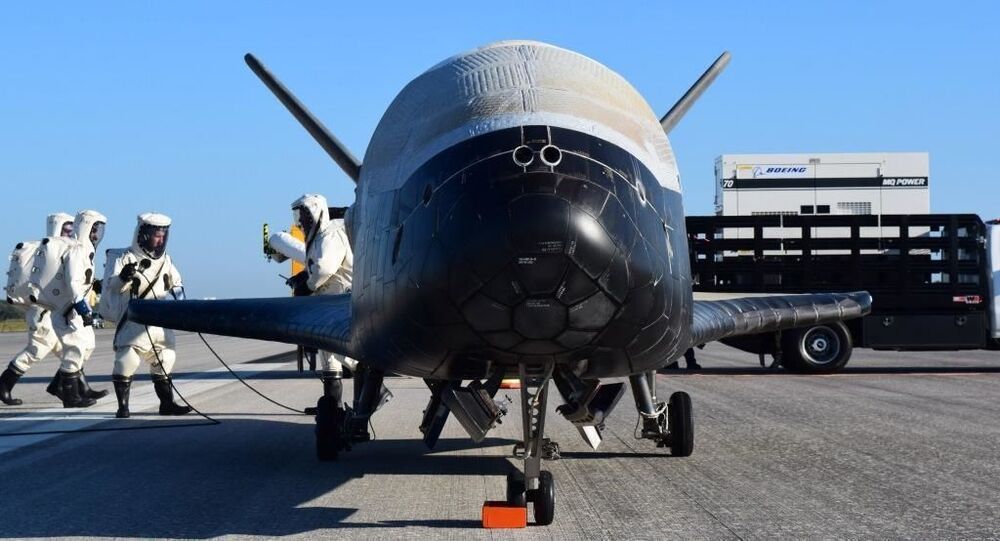 The US Air Force’s strange little space plane, the experimental X-37B, is preparing for its sixth mission. Dubbed the Orbital Test Vehicle (OTV), little is known about its mission, apart from that the Pentagon claims it exists to test new technology.

According to a rocket launch schedule, one of the Air Force’s two remotely piloted X-37Bs will blast off on its next mission atop an Atlas V rocket on May 16 from Cape Canaveral Air Force Station on Florida’s Atlantic coast.

As for the details about its mission, your guess is as good as ours.

The last flight, launched in September 2017, lifted the Advanced Structurally Embedded Thermal Spreader II, an experimental heat pipe used for managing temperature flows, for testing. When the last OTV touched down in October 2019, it had been in orbit for 779 days. The box truck-sized space plane operates at altitudes ranging from 110 to 500 miles up.

However, part of the X-37B’s mission is simply development of reusable space plane technology, according to the Air Force. The tech is being pursued by a variety of nations as well as private firms like Virgin Galactic.

US Air Force
The X-37B Orbital Test Vehicle waits in the encapsulation cell of the Evolved Expendable Launch vehicle April 5, 2010, at the Astrotech facility in Titusville, Fla. Half of the Atlas V five-meter fairing is visible in the background.

The US space agency NASA once operated the Space Shuttle, which the X-37B somewhat resembles and to which it operates similarly, but those craft have all been retired. The X-37 was originally developed by NASA in the late 1990s, but the program was handed over to the Defense Advanced Research Projects Agency (DARPA), a Pentagon tech lab, in 2004, at which point it became classified, according to Space.com. Its first flight was in 2010.