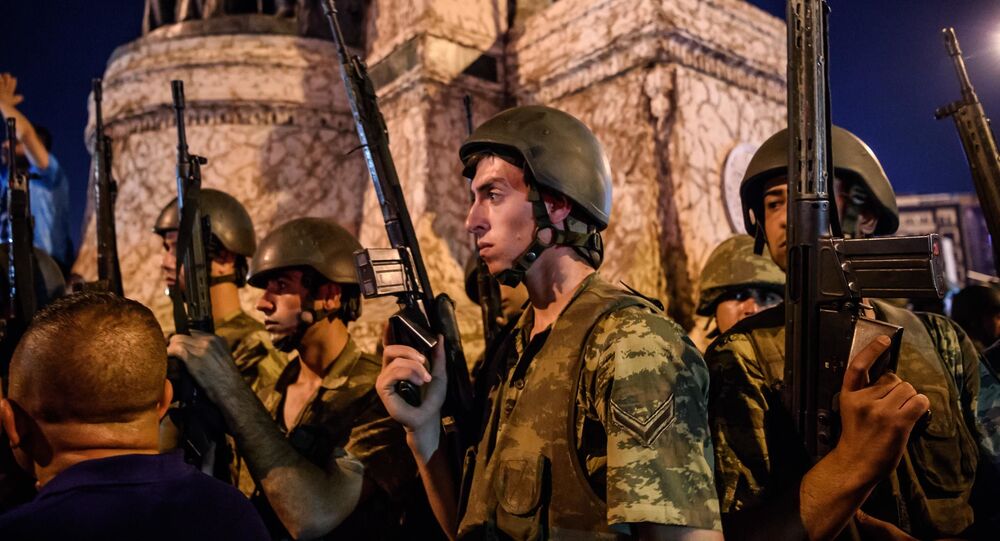 In 2015, the newspaper Daily Sabah reported that over the past ten years, the number of soldiers who committed suicide in Turkey’s Army had surged to 934, in contrast with 818 Turkish servicemen killed in armed clashes during the same period.

The website Silah Report has published a piece on the use of rifles fitted with a special anti-suicide trigger guard in the Turkish Armed Forces (TAF).

The news outlet noted that at first, “some observers outside Turkey initially interpreted these enhanced trigger guards as an anti-riot modification or an apparatus that protects the triggers from external tampering in a struggle”.

“The purpose of using these trigger guards, however, is darker than it appears. The concept was developed to prevent TAF soldiers from committing suicide using their G3 self-loading 7.62×51mm service rifles”, Silah Report pointed out.

With such rifles reportedly put into service back in 2015, it remains unclear how many of these small arms guards were produced or “how many guns they were installed on” or if the weapon is still in service, according to the website.

Silah Report claimed that the trigger guards are mainly designed for arming Turkish conscripts rather than the country’s “operating forces", including those currently on mission in Syria.

The mechanism is described as “very simple”, given that it is nothing but a “stamped metal plate attached to the weapon’s receiver with a spot weld”, something that prevents a serviceman from accessing a trigger if a soldier tries to point the rifle at his face, for example.

Even so, the news outlet remained downbeat about the effectiveness of the trigger guards which Silah Report claimed would not stop a soldier committing suicide if “a person is determined” to do so.

“People have suggested that it is merely ‘the government’s effort to avoid responsibility'", the website went on, citing one unnamed internet user as saying that “it is a different irony that it reminds you of suicide every time you see this apparatus, rather than preventing suicide”.

According to Silah Report, the trigger guards fail to “eliminate the factors that cause suicide”.

During the same year as the trigger guards were unveiled, the Turkish newspaper Daily Sabah reported that over the past ten years, deaths from suicides in the TAF had climbed to 934, as compared to 818 Turkish soldiers killed in armed conflicts.