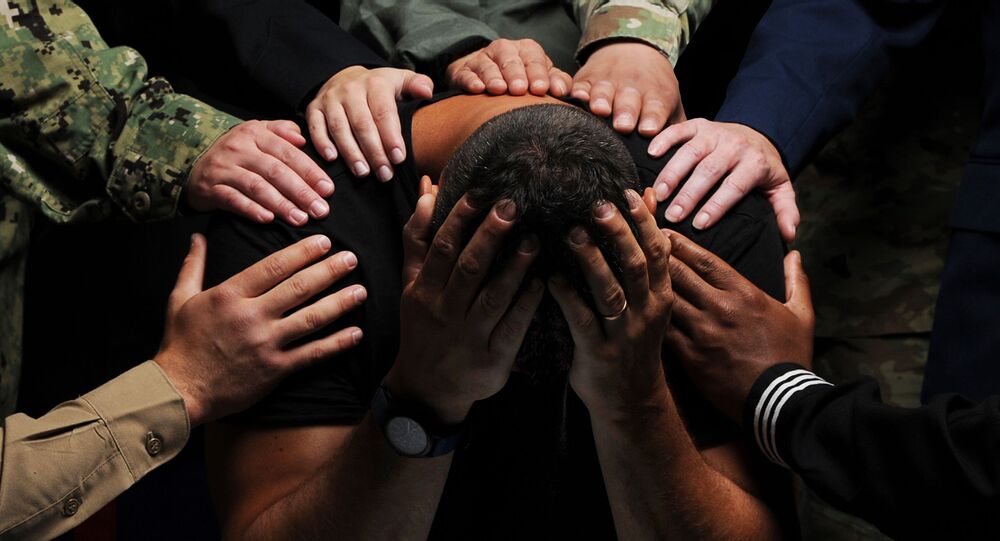 Results of an annual suicide surveillance report for the US military show that as the suicide rate for active-duty members of the armed forces increases, the US Marine Corps (USMC) and US Army are losing more personnel at much higher rates than other services. However, rates remain largely consistent with the civilian population.

The US Department of Defense Suicide Event Report (DoDSER) program on Monday published its annual report tracking US military suicide deaths, attempted suicides and a number of associated factors.

Data observed within this year’s report relates to calendar year 2018, or CY18, according to the DoDSER - a collaborative effort from the Department of Defense's Suicide Prevention and Risk Reduction Committee (SPARRC), military services and the National Center for Telehealth and Technology.

For 2018, there were 325 suicides logged among “active-component service members,” resulting in a suicide mortality rate at 24.8 deaths per 100,000 population.

Suicide mortality rates for the US Navy and US Air Force were reported as 20.7 suicides and 18.5 suicides per 100,000 population, respecitvely.

Despite the increase in suicides, the report noted that, for the recent 2018 military data, “the suicide mortality rates for both the active and reserve components were statistically no different from” the US suicide rate for the adult civilian population in 2017.

“All of the statistically significant trends in the military rates were consistent with the trend in the
US adult population rates for CY11-CY17,” the DoDSER program concluded.

While “active-component service members” were primarily highlighted in the report, at least 81 reserve military members and 135 National Guard members committed suicide in 2018.

The findings appear to be in line with the Pentagon’s 2018 Annual Suicide Report that was released in September 2019 by the Office of the DoD Under Secretary of Defense for Personnel and Readiness. Around the time of the report’s publication, US Secretary of Defense Mark Esper argued that suicide numbers in military are tied to a national suicide epidemic among young adults in the US.

Age did appear to be a factor, according to the latest DoDSER, as 67% of active-duty service members who took their own lives were younger than 30. Furthermore, like in years past, the majority of active-duty service members who committed suicide were men, accounting for 94% of the 325 suicide deaths in 2018. However, the report noted that in examining these numbers, it’s important to remember “the military population is younger and has a higher percentage of males than the US adult population.”

Additional data compiled by the DoDSER program found that personal firearms were the most common weapon utilized, accounting for 66.5% of all 2018 suicides. An estimated 44.6% of personnel who committed suicide in 2018 were documented to as having a behavioral health diaignosis.