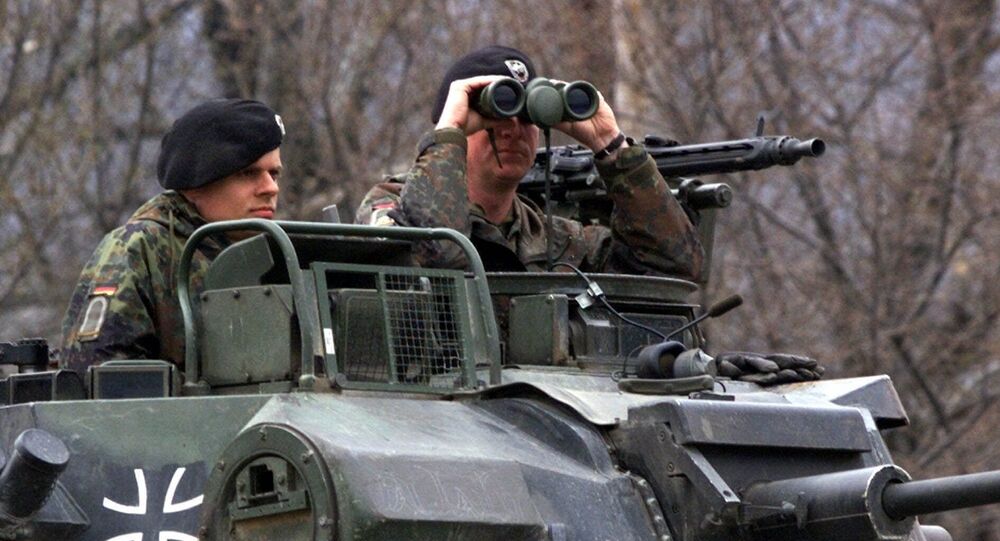 The Trump administration has repeatedly pressured Berlin to ramp up its military spending, threatening to pull troops out of the country and station them in Poland if the country doesn’t meet NATO’s 2 percent of GDP spending guidelines.

German defence spending jumped upward by a whopping 10 percent between 2018 and 2019, with the country’s military budget rising faster than that of any other major power, new figures by the Stockholm International Peace Research Institute (SIPRI) suggest.

According to the think tank’s figures, Berlin’s defence commitments, which reached the equivalent of $49.3 billion in 2019, grew faster than any of the world’s top 15 countries by total military expenditures.

The spending increase comes amid US President Donald Trump’s repeated berating of Germany and other European NATO members over their failure to meet the 2 percent of GDP military spending goal set at the alliance’s 2014 summit in Wales. Washington has repeatedly singled out German Chancellor Angela Merkel for her failure to increase defence commitments, even though Germany is one of 19 alliance members that failed to meet the spending requirements.

Despite spending enough on defence to consistently put the nation in the global top ten, and no major adversary in the European theatre, the Bundeswehr has consistently complained about funding problems, citing the grounding of the air force’s Tiger attack helicopters, problems with the Navy’s new warships, lack of proper footwear, uniforms and armoured vehicles for the ground forces, and insufficient aircraft to properly train air force pilots.

SIPRI says that taken as a whole, global defence spending topped $1.917 trillion in 2019, constituting the largest annual sum in real terms since 1988 and the twilight of the Cold War. NATO is said to make up over half of that figure, with the Western alliance spending some $1.035 trillion in 2019, and committing to spend even more in 2020.

Russia, meanwhile, is estimated to have spent $65.1 billion on the military in 2019, while China spent $261 billion during the same period.

Despite spending over 15 times more than its potential Russian adversaries, NATO has justified its growing defence outlays by citing the alleged threat of ‘Russian aggression’, particularly against Poland and the Baltic countries. In addition to the spending, the bloc has beefed up its presence in Eastern Europe in recent years, stationing additional troops, carrying out major drills, building components of a US missile defence shield in Poland and Romania, and sending bombers, spy planes and drones to look for weak spots in Russia’s air defences. Moscow has repeatedly stressed that it has no intention of attacking any country, much less a NATO country, and has warned the alliance about the tensions caused by its buildup near Russia’s borders.

India Third After China, US in Military Spending Amid Heightened Border Tension