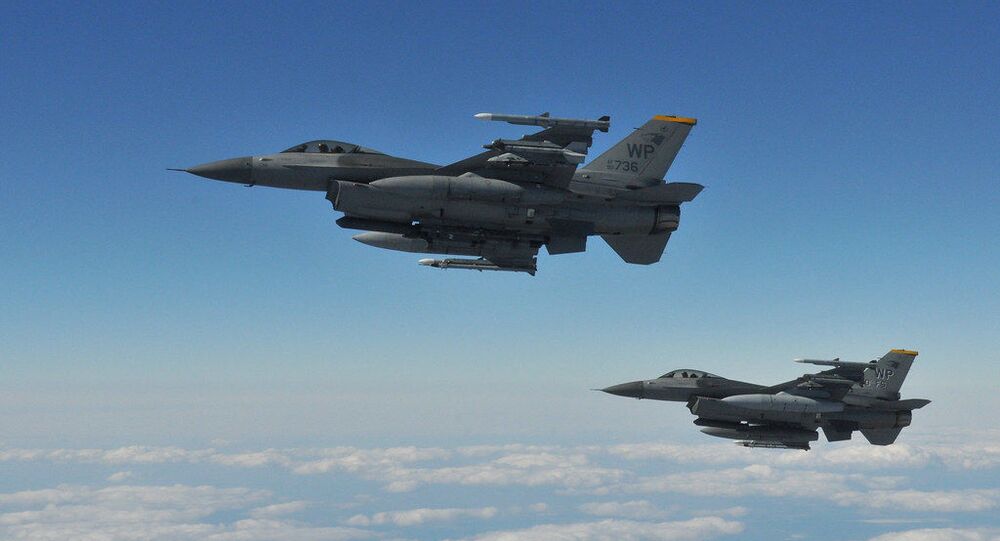 On 7 November 2019, US forces in Japan (USFJ) announced that a US F-16 fighter aircraft had during a training flight accidentally dropped an inert bomb on a private property in Japan's northern Aomori prefecture.

US Pacific Air Forces (PACAF) has released the conclusion of its investigation on a US F-16 jet assigned to the 14th Fighter Squadron, that dropped an inert GBU-12 bomb during a training flight on private land outside of the Draughon Range, a government-owned bombing range 15 miles north of Misawa Air Base, Japan.

The Accident Investigation Board said that they found “convincing evidence” that the accident was the result of pilot error, in particular, a “failure of communication during an assisted weapons deployment procedure caused the mishap”.

The board said that pilot failed to “confirm that the Sensor Point of Interest he had selected was the target” before releasing the device.

The report found other contributing factors to the mishap, including “channelized attention, changing weather, and a targeting technical error”.

The investigation board said that the pilot was grounded and disqualified immediately after the incident. He has also been retrained and had been obligated to brief his colleagues on the sequence of events that lead to the mishap as a means of avoiding similar incidents.

The accident in question is not the first of its kind involving US military aircraft in Japan. A number of similar accidents have taken place in the East Asian country in recent years. At least two US military helicopters made emergency landings in residential areas of the Okinawa province, which hosts over 30 US military installations, over 70 per cent of the total in Japan.

In 2017, a C2-A aircraft with 11 people on board crashed into the Pacific Ocean off the coast of Okinawa. Three US servicemen were lost.