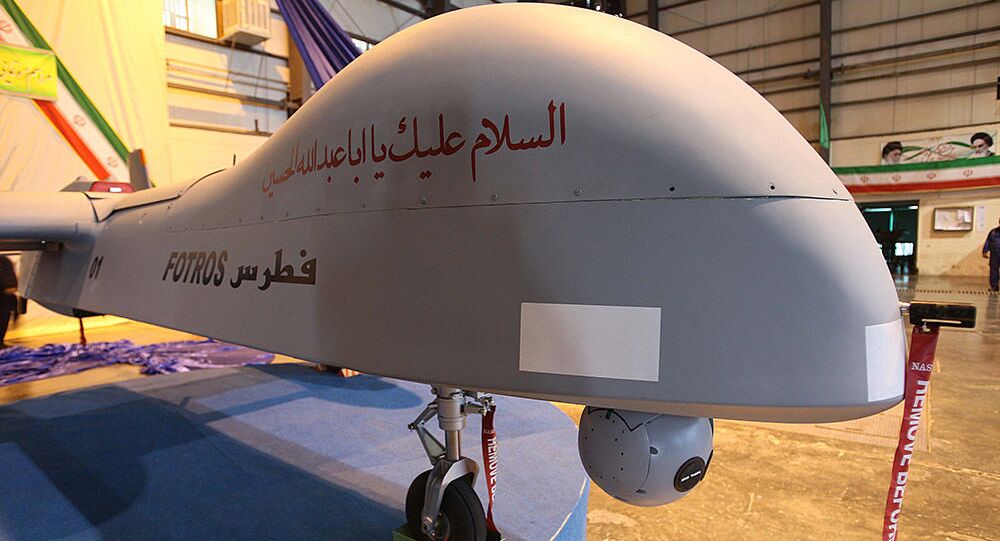 First unveiled in late 2013, the prospective ‘Fotros’ drone, built by the Iran Aviation Industries Organization, was once thought to have been an abandoned prototype.

Speaking to the Tasnim News Agency, Karimloo indicated that the drones would be delivered sometime ‘in the near future’, with the decision to accept the unmanned aerial vehicle into service based on extensive meetings with the ministry of defence, as well as an evaluation of its features.

First unveiled in November 2013, the Fotros is a large multipurpose drone capable of engaging in reconnaissance and combat operations, with an operational range of up to 2,000 km and an endurance time of up to 30 hours. The drone is said to have a 7,600 meter flight ceiling, and the ability to be armed with precision-guided air-to-surface missiles or anti-tank missiles.

The drone’s outward appearance seems to be in line with design concepts found in many Western high-tech drone designs, including a bulbous nose similar to that of the US Predator drone, presumably containing the UAV’s avionics. Otherwise, the UAV matches many of the characteristics of drones produced by other major powers in the region, includes a straight wing design, a twin-boom tail, and rear-mounted engine.

In Shia mythology, Fotros (‘Petros’ or ‘Peter’) is a reference to a fallen angel banished to an isolated island for almost 700 years, his wings clipped as punishment for his weakness, but who was redeemed by Imam Husayn ibn Ali, grandson of the Islamic prophet Muhammad, one of the holiest figures of Shia Islam.

Iran is one of just a handful of countries in the world with the capability to produce domestic drone designs. In addition to the Fotros, the country has about half-a-dozen other military UAVs already in production. The country’s military industry has enjoyed success in the development and production of a wide variety of homegrown military equipment in spite of the fact that its military budget is several times smaller than that of its likely adversaries. The Stockholm International Peace Research Institute estimates that the country spent the equivalent of $13 billion on defence in 2018. For comparison, the United States, Saudi Arabia and Israel spent some $649 billion, $67.6 billion and $15.9 billion on defence during the same period.