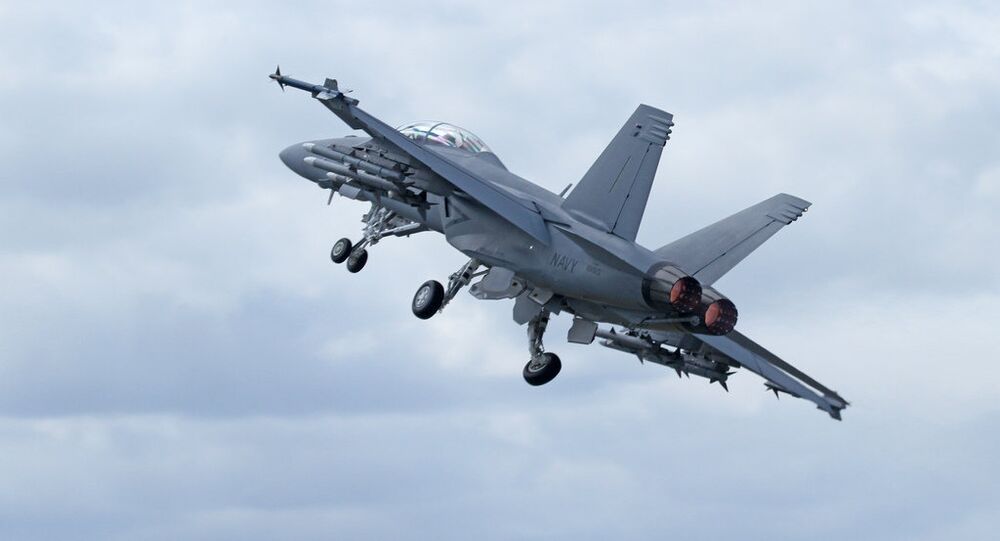 The Boeing F/A-18E/F Super Hornet has been the US Navy’s workhorse attack aircraft for nearly two decades, with the planes involved in almost all of America’s foreign wars since 2001, from Iraq and Afghanistan to Syria and Iraq again. Its predecessor, the F/A-18, took part in the 1986 bombing of Libya, the Gulf War, and the 90s Yugoslav wars.

The US Navy has taken delivery of its final Block II Super Hornet aircraft, bringing the total number of planes delivered since 2005 up to 608 (among them 322 single seater F/A-18Es and 286 twin seater F/A-18Fs).

According to Janes, the final plane was sent to Strike Fighter Squadron 34, based at Naval Air Station Oceana in Virginia on April 17.

Pentagon F/A-18 programme office director Jason Denney called the delivery “a stepping stone along the path to continuously evolving our platforms to meet the US Navy’s ever-evolving needs,” stressing the Block III upgrades were “just steps behind” with the new Block III Super Hornet test platforms expected to be delivered in the next two months.

Boeing began the development of the Block III Super Hornet in the late 2000s, promising new stealth features and an extended range, as well as advanced avionics. To many of America’s NATO allies, the 4.5 generation jet has been seen as one of possible alternative to the more costly Lockheed Martin F-35. Boeing itself has taken advantage of repeated delays to the F-35 programme, but has proven unable to convince the Marine Corps from replacing its aging F/A-18C Hornets with F-35Cs. The US Navy plans to buy some 260 F-35Cs total, with plans to fit out each of its aircraft carrier strike groups with four fighter squadrons – two with Super Hornets, and two with F-35Cs.

The Navy awarded Boeing a $4 billion contract for Block III Super Hornets in March 2019, with the company promising to deliver some 72 Block III aircraft in the next two years. According to Flight Global, the planes are expected to have a new, advanced cockpit system, reduced radar cross-section, new fuel tanks carrying up to 1,590 kg in extra fuel, and 10,000 flight hour lifespan guarantee.

Boeing, one of the world’s largest aircraft manufacturers, has faced the double blow of falling commercial flights as a result of the coronavirus, and the continued legal and reputational fallout from two fatal crashes of its 737 MAX 8 jetliners due to design problems in late 2018 and early 2019. At the moment, defence procurements are a major portion of the company’s revenues, accounting for some $27.4 billion (or 30%) of its total 2019 revenues of $92.3 billion, according to Forbes.