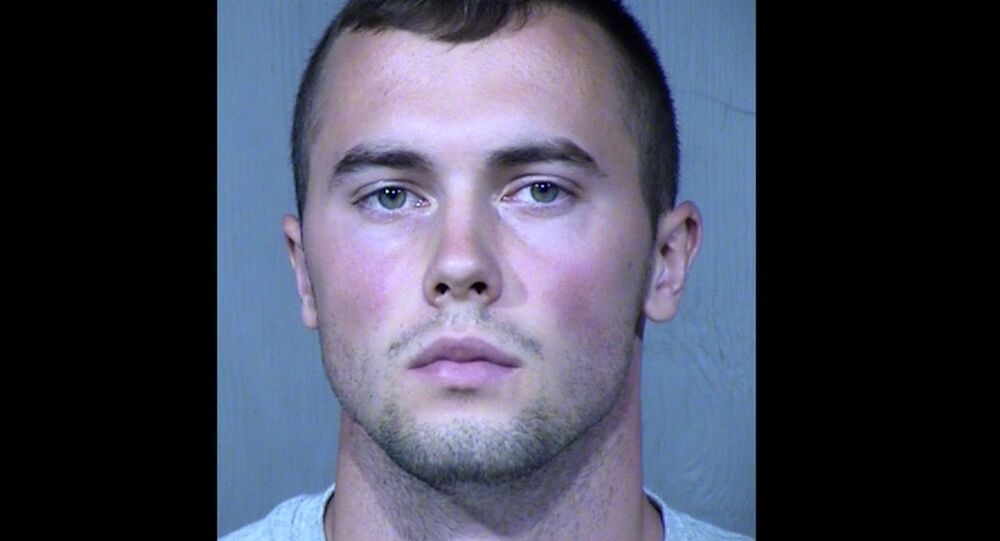 Authorities from San Juan County, New Mexico, say they are confident a US Air Force service member was responsible for the death of a 27-year-old woman whose body was found some 270 miles from home.

San Juan County Sheriff Shane Ferrari announced Tuesday that a joint effort from his department, Arizona’s Coconino County Sheriff’s Office and federal authorities earlier that day had resulted in the arrest of 21-year-old US Air Force Airman First Class Mark Gooch at Luke Air Force Base for the suspected murder of Sasha Krause.

The search and arrest warrants were issued after a joint investigation into the disappearance of 27-year-old Krause from Farmington, New Mexico, around January 18 and the subsequent discovery of her dead body in Coconino the following month.

“Over the last few months, San Juan has lived in fear, not knowing if we had a predator living inside our community, or somebody who was preying upon it,” Ferrari said in a video posted to the sheriff’s office Facebook page. “I can assure you, we have our man.”

The sheriff noted that he and his Coconino counterpart Jim Driscoll will be working together over the course of the next few months to see that justice is done for the Krause family and Gooch “receives the max sentence for these horrible crimes.”

“And yes, Arizona still has the death penalty,” Ferrari highlighted.

After confirming the body found belonged to Krause, detectives determined Gooch had traveled from the Glendale, Arizona, air base to Farmington and later visited an area near the discovery site in question, according to the April 21 release posted by the Coconino County Sheriff’s Office. This proved to be significant due to the fact that Krause’s body had been taken 270 miles from her hometown.

A separate notice from the San Juan authorities detailed that Gooch was booked into the Maricopa County Jail in Arizona on charges of “premeditated 1st degree murder, 1st degree murder (during the commission of a crime), kidnapping and theft.”

“We don't know that he was going there necessarily to seek her out," Lt. Brian Tozer of the Coconino County Sheriff’s Office said, as reported by the Associated Press. “We just know he was there in Farmington.”

While San Juan County’s sheriff has expressed confidence in capturing the correct suspect, Gooch’s supposed motivation for the crime remains unknown amid the ongoing investigation. The Arizona Department of Public Safety’s crime lab, Glendale Police Department, US Air Force Office of Special Investigation Detachment 421 and the Federal Bureau of Investigation have contributed to the probe.

Photos: US Air Force Wiping Down UK-Based F-15s to Keep Them Active During Pandemic

‘There’s Nothing Like It’: US Marine Corps Commits to Keeping F-35, But Cuts Not Off Table