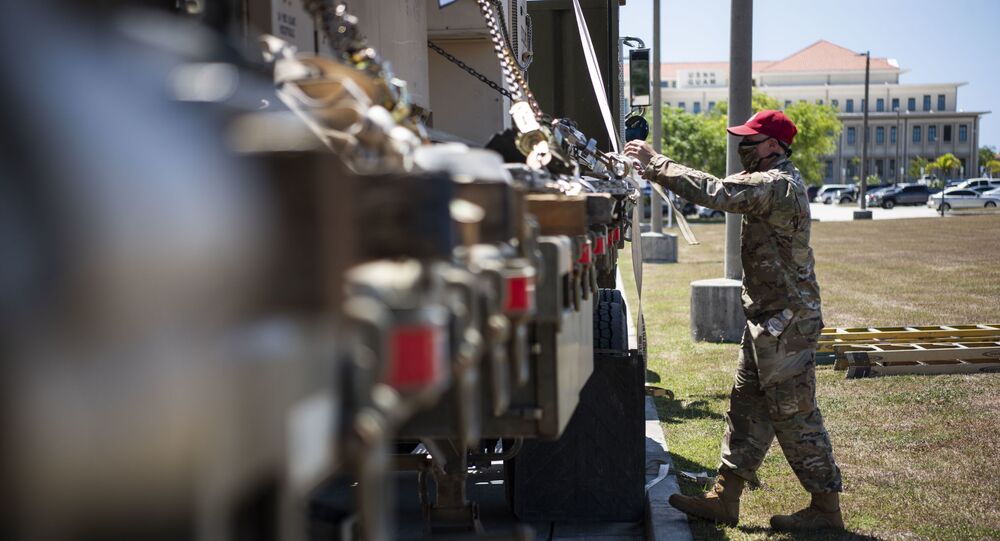 The US Naval Hospital Guam’s Expeditionary Medical Support System (EMEDS) facility is expected to expand treatment for sailors of the aircraft carrier USS Theodore Roosevelt who are infected with the COVID-19 novel coronavirus.

The US Air Force revealed in a Sunday news release that the 36th Wing, Joint Base Elmendorf-Richardson and Hickam Air Force Base were working together to construct an EMEDS facility with 11 medical units and six warehouse units on the western Pacific island.

“This project will directly support military efforts to get the crew of the USS Theodore Roosevelt healthy and back out to sea, but will also give US Naval Hospital Guam capability to further support the Government of Guam’s medical capacity in the island-wide fight against COVID-19,” the service’s release read.

Last week, the US Navy announced that 94% of the Roosevelt’s more than 4,000-strong crew had been tested, and at least 710 of them were infected with the novel coronavirus as of Tuesday. A Navy official told The Hill on Tuesday that some sailors have still been testing positive for the novel coronavirus after a 14-day quarantine period.

"Results of out-testing portions of the TR crew following 14 days of quarantine leads us to reevaluate our assessment of how the virus can remain active in an asymptomatic host," read a memo to the ship’s sailors, reported Politico.

Crew members who have tested negative are being housed on shore in hotels, houses and facilities at the naval base.

US Air Force
Airmen from the 554th RED HORSE Squadron assemble a temporary warehouse unit as part of the construction of an Expeditionary Medical Support System facility April 13, 2020, at U.S. Naval Hospital Guam. The construction is part of an effort to help combat the COVID-19 pandmeic happening on island

In addition to 25 more beds for COVID-19 patients, a staff of 77 Air Force personnel will assist in related operations at the naval hospital.

“It really is a culminated effort of many different units from multiple bases to pull off the logistics of getting all the supplies here for this operation,” Lt. Col. David Johnson, troop commander for the operation, said in the release. “This is a huge operation that took a lot of work to complete, but in this instance, it was incredibly smooth.”

A target date for the EMEDS facility’s completion was not provided by the Air Force, but Business Insider reported Monday that its construction “started a couple days ago and is nearly complete.”