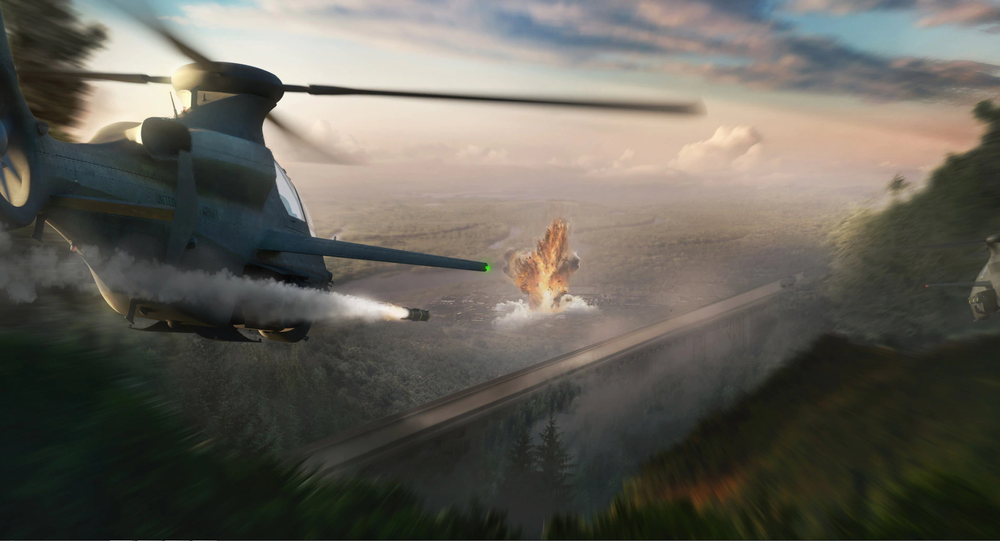 As the US Army enters into the prototyping stage for its Future Attack Reconnaissance Aircraft (FARA), the service has also issued a request to aviation companies in an effort to find out the best way to equip FARA and give its pilots an edge against their foes.

Officials with the US Army’s Future Vertical Lift (FVL) program announced in an April 13 request for information (RFI) that the service is seeking ideas and relevant information concerning possible mission systems that could be integrated on the FARA.

Specifically, the RFI notice to the industry called for “qualification, performance, integration, supportability, and affordability information for candidate mission systems.”

The desired mission system domains range include sensors, communications, infrastructure, data fusion, pilot interface and effectors. In the case of the last domain, Army officials highlighted that they foresee the FARA to have a fully-integrated, 20-millimeter cannon with at least 180 degrees of azimuthal coverage and 60 degrees of elevation coverage.

Mission systems that “generate minimal aerodynamic interference (drag reduction)” on the scout chopper are of particular interest to the government, noted the Army. This is due to the fact that the FARA is being designed to travel at speeds of 200 mph and above, according to Military.com.

Late last month, the Army announced the selection of two out of five potential FARA designs as finalists for the FVL initiative, a helicopter-focused modernization effort of the service. Officials revealed that Bell Textron and Lockheed Martin Sikorsky would be building prototypes based on their respective 360 Invictus and RAIDER X designs.

Bell has touted its 360 Invictus as a chopper that can reach around 207 mph at its top speed and can be operated remotely. The company claims the scout aircraft will come equipped with a supplemental power unit, and its short blades allow it to fly through buildings.

The Sikorsky RAIDER X boasts a top speed of 287 mph, with two sets of vertical rotors giving the aircraft powerful lift capabilities. The FARA competition entry is also expected to be painted with a radar-absorbent coating similar to that used on Lockheed’s F-22 and F-35 fighter jets.

Companies and institutions of higher education interested in submitting responses to the RFI have until May 15 to deliver their summaries to the service.