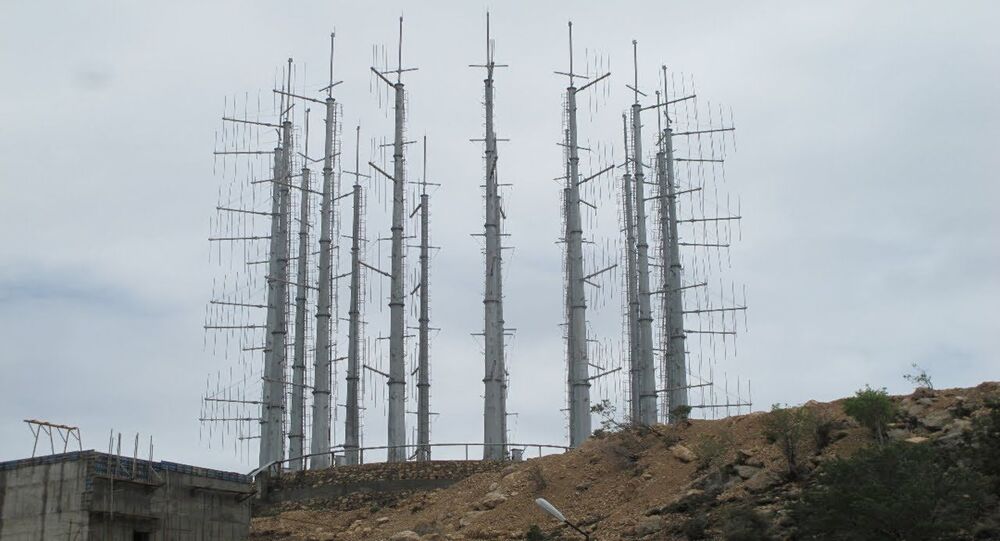 The radar systems are expected to radically improve Iran’s air defence capability, and to make the country less vulnerable to surprise attack.

The Khalij-e Fars is described as a 3D phased array radar with an operational range of over 800 km and the capability to detect conventional air targets, as well as stealthy radar-evading aircraft and ballistic missiles.

The Moraqeb, meanwhile, is a mobile, towable 3D phased radar system with a 400 km range, capable of high-accuracy target detection, and the identification of flying objects with a small radar cross section, including low-altitude UAVs.

Khalij-e Fars (actually it's a Nazir!) is an early warning radar with max. 800km range based in Hormozgan province

Moragheb is an AESA radar with max. range up to 400km pic.twitter.com/2pM11iGTtu

The radars are said to have been developed in cooperation between Iranian knowledge-based companies and the Army’s air defence forces.

The new systems’ unveiling comes on the heels of the delivery of three new types of domestically-developed drone systems for use by the Air Force and Air Defence units on Saturday.

Despite the fact that it spends several orders of magnitude less on defence than its regional and global adversaries, such as the United States, Saudi Arabia or Israel, Iran’s defence sector has repeatedly demonstrated its ability to hold its own against even the most advanced foreign designs.

Last month, Iran reported detecting and warning off an unidentified “intruding” F-18 Super Hornet fighter jet as it approached Iranian airspace near the port city of Bandar Abbas. Media speculated that the jet was detected using the domestically-created Fat’h 14 radar. In June, 2019, Iran’s Khordad-3 air defence system shot down a stealthy $220 million RQ-4 Global Hawk spy drone as it crossed into Iranian airspace over the Strait of Hormuz.

The development of the new long-range radar systems is significant, owing to the US deployment of dozens of military bases along Iran’s frontiers, from Turkey and Iraq to Kuwait, Saudi Arabia, Qatar, the UAE, Oman, Afghanistan and Pakistan. Theoretically, for example, the deployment of either the Khalij-e Fars or the Moraqeb along Iran’s southern coast would allow either system to easily monitor US military activities at the Ul Udeid Air Base in Qatar, which hosts the largest contingent of US military personnel anywhere in the Middle East, as well as United States Central Command (USCENTCOM).