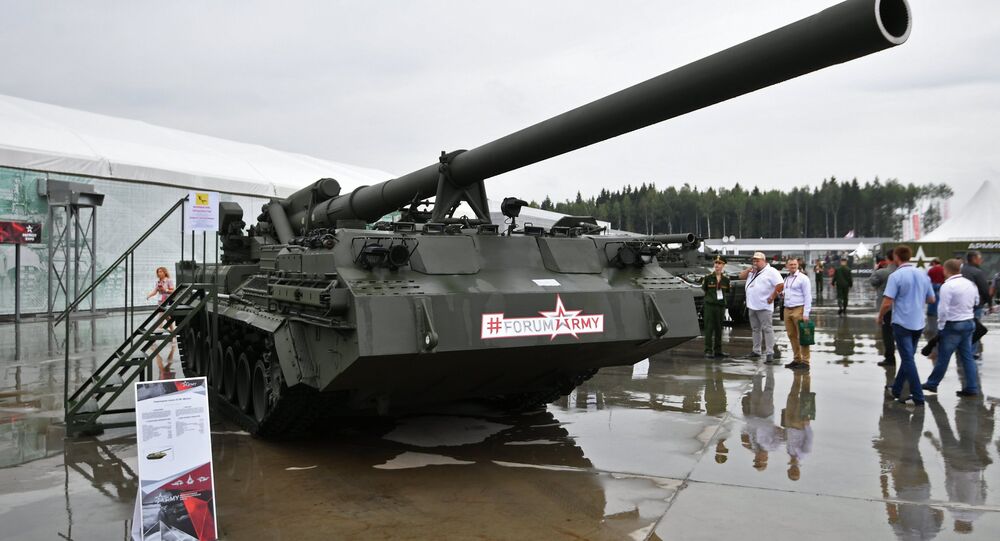 MOSCOW (Sputnik) - Russia's Uraltransmash (a subsidiary of the Rostec corporation's Uralvagonzavod) has delivered the first modernised 2S7M Malka self-propelled heavy artillery canon to the Defence Ministry. The weapon is considered to be one of the most powerful in the world, Rostec has told Sputnik.

and objects in the tactical depth behind the front line. The delivery of modernised weapons in the interests of the Defence Ministry has started. Uraltr"This is one of the world's most powerful self-propelled canons designed for destroying important enemy targets ansmash faces a serious task of conducting batch modernisation of this product as part of state order for 2020-2022 implementation", Rostec Director General Dmitry Semizorov said, as quoted by the company's press service.

The modernised artillery canon has received new running gear and electronics, which has significantly improved its tactical and technical features. Malka has passed a full cycle of tests, aimed at checking its mobility, resistance, loading and reliability of its fire control mechanisms, and 2A44 gun strength.

The 2S7M Malka is a modernised version of the 2S7 Pion, a Soviet self-propelled heavy artillery gun.