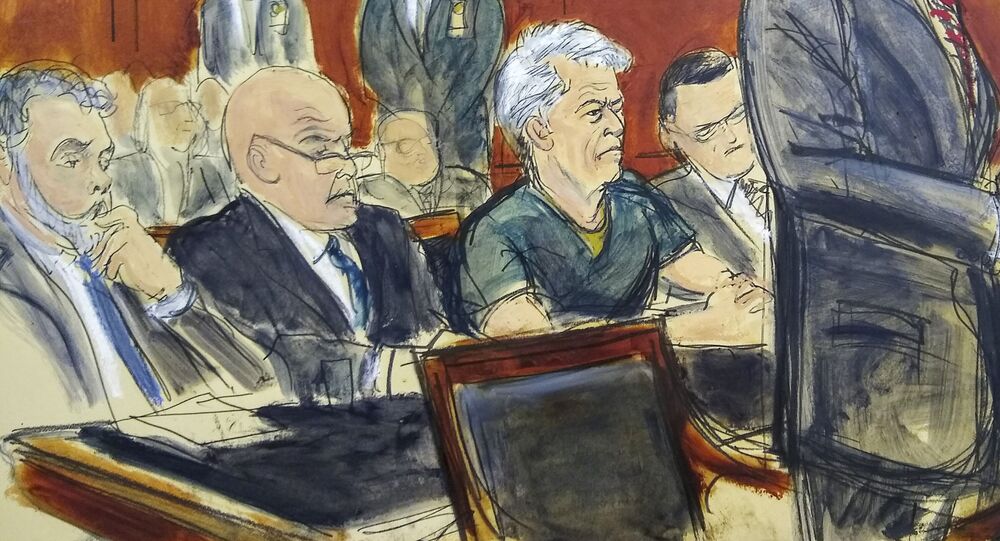 Judges agreed Wild was deprived of the opportunity to speak with government prosecutors at the time of Epstein’s criminal case, but found the US attorney general didn’t violate any laws set out in the Crimes Victims Right Act.

An attempt by one of Jeffrey Epstein accusers to unmask his alleged accomplices has failed following a federal appeals court decision.

Courtney Wild, 32, who claims the deceased billionaire sexually abused her from the age of just 14, had been attempting to resuscitate a 2008 lawsuit she brought which sought to dismiss a highly controversial non-prosecution agreement which granted immunity from prosecution to “any potential coconspirators of Epstein”.

The Eleventh Circuit Court of Appeals rejected Wild’s bid in a split decision, despite acknowledging the decision leaves Epstein’s victims “emptyhanded” and the original non-prosecution agreement was a “national disgrace”.

The federal court decision means that the immunity given to Jeffrey Epstein's co-conspirators in Florida stands, so they cannot be prosecuted for crimes in Florida. It remains to be seen whether prosecutors in NY can indict them for crimes elsewhere. Story to come @miamiherald

​In 2008, federal prosecutors and Epstein’s lawyers reached a deal which allowed their client to plead guilty to two minor prostitution charges in state court, rather than face a 53-page federal indictment on sex trafficking charges. Under the agreement, Epstein and an untold number of people who may have assisted his criminal activities, or benefited from them in some way, were given total immunity and anonymity, despite allegations some of them had sexually abused up to three dozen girls at his mansion in Palm Beach, Florida.

“Despite our sympathy for Wild and others like her, who suffered unspeakable horror at Epstein’s hands, only to be left in the dark—and, so it seems, affirmatively misled—by government lawyers, we find ourselves constrained to deny her petition,” the majority opinion read - although one of the three judges sided with Wild.

Bill Gates flew on Jeffrey Epstein's plane after it was publicly known Epstein was a child-abuser and then he later lied to the public about it!

He has yet to tell the public what his close relationship with Epstein was all about. pic.twitter.com/2WfGUrrh8M

​The justice in question, Frank M. Hull, pointed out not only were criminal proceedings already well underway, but the government had assured Epstein’s lawyers they had “proof beyond a reasonable doubt’’ of his crimes - as a result, she felt the victims deserved to know what allegedly incontrovertible evidence was held. The only female on the judicial panel, Hull also criticised the majority for making a decision essentially allowing prosecutors to cut further secret plea deals in future.

The US Crime Victims’ Rights Act grants victims of crime a variety of rights, including the right to know how a defendant is being prosecuted and penalised - however, then-Miami prosecutor Alexander Acosta agreed to keep the deal secret and allowed it to be sealed so none of Epstein’s victims would be able to raise objections. When asked about the Epstein agreement by Trump's transition team, Acosta explained he’d been told to “leave it alone” as Epstein “belonged to intelligence”.

BREAKING: Despite calling the Jeffrey Epstein case "a national disgrace," a federal appeals court has ruled against Epstein's victims, saying that his plea deal, which included immunity for his co-conspirators, was legally executed. 1)

​Epstein was rearrested in New York July 2019, and found dead a month later in his Manhattan jail cell, where awaited trial on sex trafficking charges brought by the US attorney in the Southern District of New York. His death was ruled a suicide. A federal judge dismissed Wild’s case on the grounds that it was “moot” not long after.

“This is impossible to understand — the government intentionally misled the victims but found a way to get away with it by working with a child molester to get around the law. And the Judges ruled in their favor. How? Justice has never been served in this case, and it’s a sad day because this is just another victory for Epstein, and other people committing crimes against women and children. Every time we get to the point that we are going toward the greater good, that maybe we will get justice, we get shut down,” ” Wild said after the ruling was issued.

She plans to request the full Eleventh Circuit to review the decision, especially in light of one judge siding with Wild.