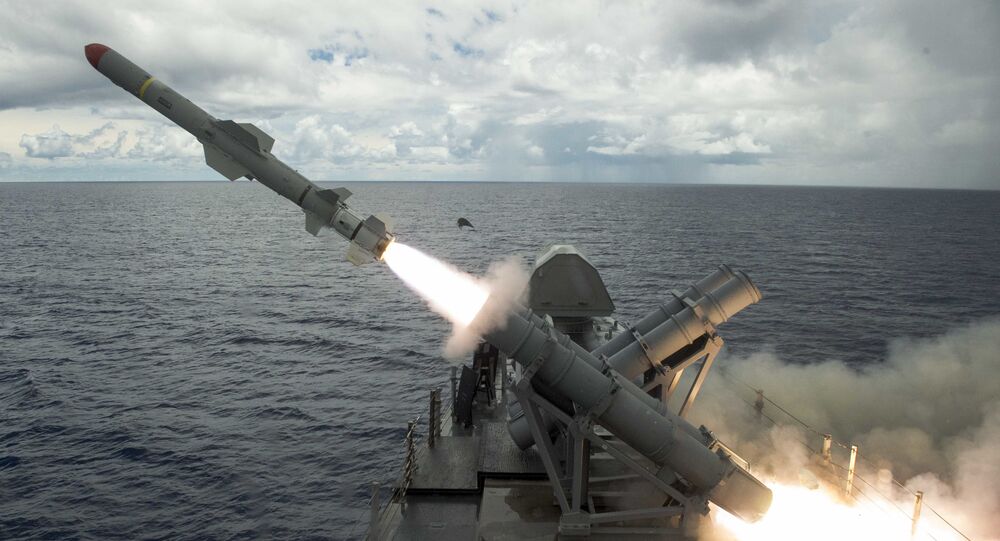 WASHINGTON (Sputnik) - The State Department has signed off on a request from Morocco to purchase ten Harpoon Block II air-launched missiles and related equipment for an estimated cost of $62 million, the Defence Security Cooperation Agency said in a press release on Tuesday.

Morocco intends to use the missiles on its F-16 multi-role fighter jets to enhance its capabilities in effective defence of critical sea-lanes, the Defence Security Cooperation Agency added.

On 13 April, the US government approved the sale of torpedoes and air-launched Harpoon anti-ship missiles to India for a combined cost of $155 million.

The Harpoon is an over-the-horizon anti-ship missile made by Boeing in models that can be launched from air, land, surface ships or submarines.