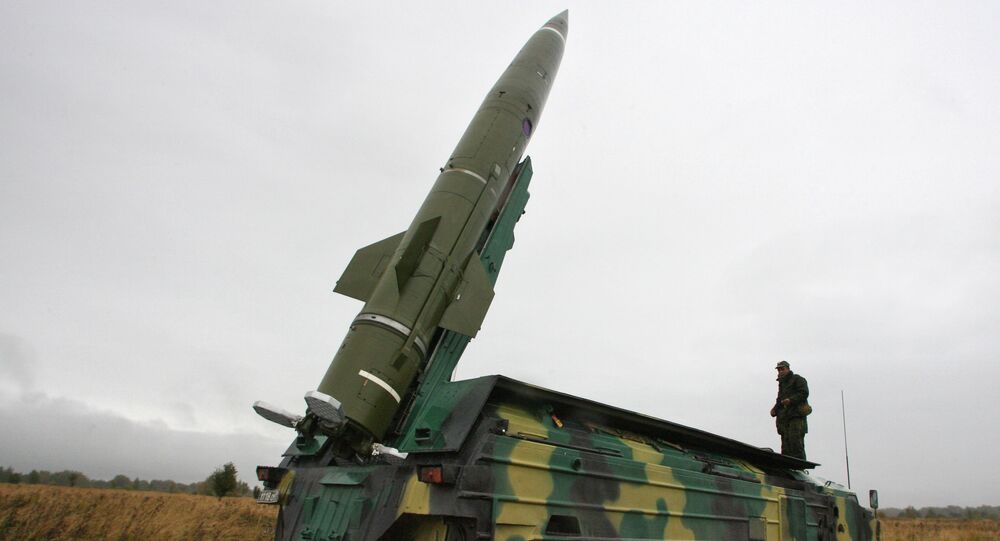 The Russian military’s hallmark feature - road-mobile missile carriers - can be observed both on Red Square during Russia’s Victory Day parades on 9 May and in service with a number of post-Soviet militaries, boasting mobility advantages over silo-based counterparts.

Russia, a major power in the development of missiles of all kinds, currently boasts a broad inventory of ballistic and cruise missiles, having inherited a substantive arsenal from Soviet times only to greatly enhance and expand on it through a multitude of modernization programmes, writes The National Interest publication.

Citing the Center for International and Strategic Studies, Caleb Larson, defense writer for the outlet, singles out road-mobile missile carriers as the country’s hallmark feature, prided for their mobility advantage over silo-based missiles, albeit not as protected as their silo-based counterparts.

Noting the great strides made by Russia towards producing new variants of weapons with significantly enhanced capabilities, the publication states that major advancements are also observed in the field of precision guided cruise missiles.

Touting Russia as a “missile heavyweight”, the magazine takes a look at some of the country’s trademark missiles and launchers.

There are a number of versions of the Scarab/Tochka missile system, first designed and fielded in 1975, in Russian military service, writes the publication.

Designed to give battlefield commanders a range of flexible options on the battlefield, besides the standard high-explosive, the Scarab/Tochka missile can be equipped with anti-tank, anti-personnel, anti-runway, and anti-radar warheads, with a tactical nuclear warhead version also existing, suggests the author, with a believed adjustable nuclear yield of 10 - 100 kilotons.

Shots of 9K79-1 #Tochka-U BRBM system during recent drill in Leningrad Oblast. Rus MoD plans to replace all Tochkas with Iskander-M by 2020. pic.twitter.com/k6CLXK4elC

​The missile transporter is amphibious, capable of both off-road driving and fording deep water.

A definite bonus is the ability to swiftly prepare the vehicle for launch in just 16 minutes. With a two-minute launch sequence, it requires just about 20 minutes to reload it, while the filtration system protects the three-man crew against nuclear, biological, and chemical threats.

Gradually replacing the Scarab/Tochka missile platform is the Iskander missile, continues the author, suggesting that its slightly improved range and larger warhead are just some of its enhanced features.

The missile trajectory of the Iskander is more depressed than the Scarab/Tochka system, with its guidance relying on a mix of GLONASS, inertial, and terrain-following radar.

​Iskanders, noted for high accuracy with a circular probably error of between five and ten meters, come in groups of two, with their transporter also amphibious.

The SS-N-26 Yakhont is available in air-sea-and land-based variants, writes Caleb Larson for the outlet, adding that land-based Yakhont has successfully been exported to Indonesia and Vietnam.

The defense writer for The National Interest, who covers US and Russian security, and European defense issues, suggests that Russia’s “ultimate weapon” – the road-mobile missile carriers – are the result of Soviet technology enhanced by Russian-era refurbishing to achieve impressive success.