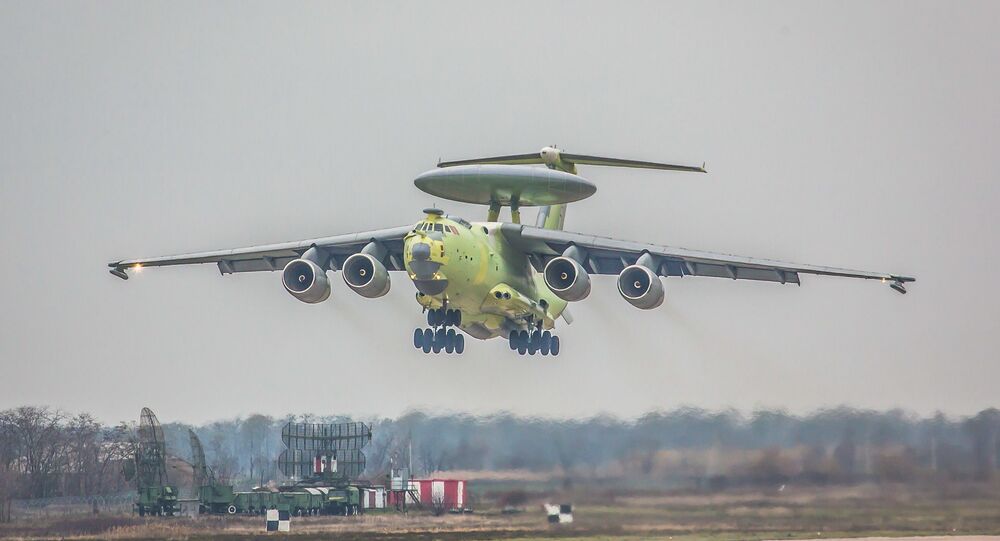 Russia began development of the Beriev A-100 airborne early warning and control (AEW&C) aircraft in late 2014, with flight testing kicking off in late 2017. The aircraft is based on a heavily modified Ilyushin Il-76 strategic airlifter.

Russia’s Aerospace Forces will begin taking delivery of the new Beriev A-100 AEW&C planes in 2024, a source in Russia’s military industry has told Sputnik. “Testing is proceeding as scheduled,” the source said.

The A-100, christened by aircraft enthusiasts as the ‘Flying Radar’, is Russia’s next-generation airborne early warning aircraft, and is expected to complement and eventually replace the existing 20 or so Beriev A-50 and A-50U Shmel (‘Bumblebee’) AEW planes in the Aerospace Forces’ inventory today.

Built on the basis of an Il-76MD-90A strategic airlifter with improved turbofan engines, the planes will be equipped with a cutting-edge Vega ‘Premier’ active phased array radar, with the rotating dome design mounted on struts over the plane’s fuselage.

The aircraft are expected to be able to detect and track as many as 300 air, sea and ground-based targets simultaneously at distances up to 650 km away. They are also expected to be able to assist in the operation of drones, and serve as a mobile airborne command and communications post. In addition to its primary radar, the plane will be able to interact with and receive information from space-based satellites.