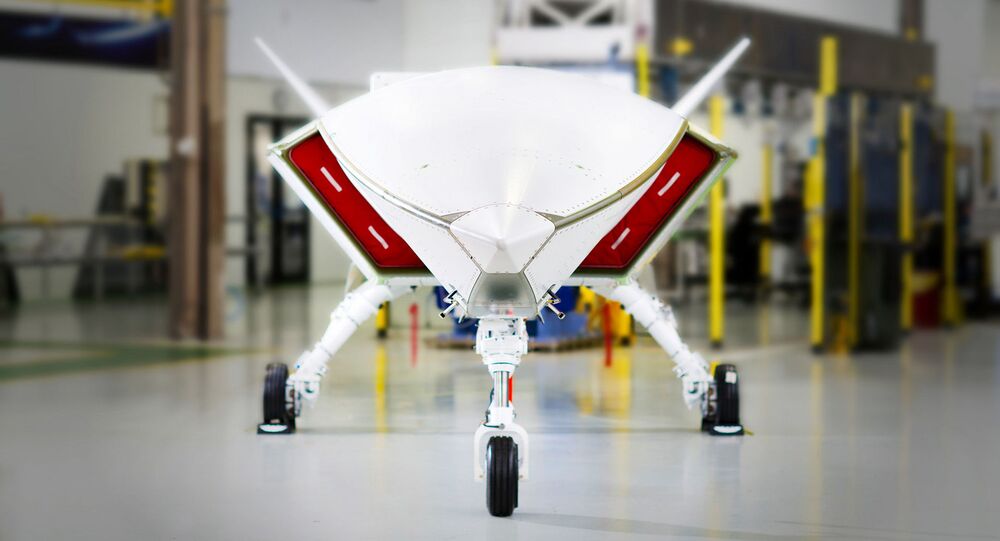 The US aerospace and defence giant, which has been teetering on the brink of bankruptcy amid declining demand and a global recession, unveiled its ‘Loyal Wingman’ programme in early 2019, with the drone expected to participate in strike missions, engage in reconnaissance and provide protection for manned planes.

Boeing has reached a new milestone in its Loyal Wingman drone for the Australian Air Force, announcing Thursday that the prototype has been placed upright on its landing gear, with its electrical power systems switched on for the first time.

“We’re continuing at pace toward our goal of flying later this year, so that we can show our customer and the world what unmanned capability like this can do,” Boeing Airpower Teaming System programme director Shane Arnott said in a statement.

The milestones are the latest announced by the company following a report in February that it had completed the majority of the work on the prospective drone’s fuselage.

The companies are said to be working closely with the Royal Australian Air Force to address that country’s specific operational needs.

Few details have been made available about the Loyal Wingman drone, except that it is about 11.6 meters long, has a 3,700 km (2,000 nautical mile) range, and that three prototypes of the aircraft are being made.

Boeing has repeatedly boasted that the drone, modeled after a cockpit-less fighter jet about two-thirds the size of an F/A-18 Super Hornet, will include “fighter-like performance.”

No information has been provided about the drone’s armament. It's known however that it will be equipped with electronic warfare systems and advanced sensors to enable it to engage in intelligence, surveillance and reconnaissance-collecting operations without endangering the lives of human pilots.

The company set the hard target of test flying the platform in 2020, and hopes to make it available to allied militaries worldwide, and not just Australia.

Australia’s air force expects to pair the drones with its fleet of Lockheed Martin F-35A and Boeing F/A-18E/F Super Hornets, and other planes, including the EA-18G Growler and E7-A Wedgetail electronic warfare and airborne early warning aircraft, as well as its P-8A Poseidon maritime patrol aircraft. The new systems are expected to help Canberra in its efforts to ward off China in the region as Australia’s American allies flex their muscles against Beijing’s growing military capabilities in the Pacific.

Boeing’s Loyal Wingman programme is not to be confused with the XQ-58A Valkyrie, a Kratos Defence drone the US Air Force expects to deploy for use with its F-22 and F-35 fighter jets. That programme is already in the flight testing phase.

President Trump intervened late last month, promising that he would not let Boeing go out of business amid problems associated with the coronavirus and the faltering reputation of the company’s civilian airliner division in the wake of two deadly crashes caused by faulty engineering. The aerospace giant has sought $60 billion in aid from the government to help it ride out the crisis.

Beer Delivery Via Drone During Quarantine