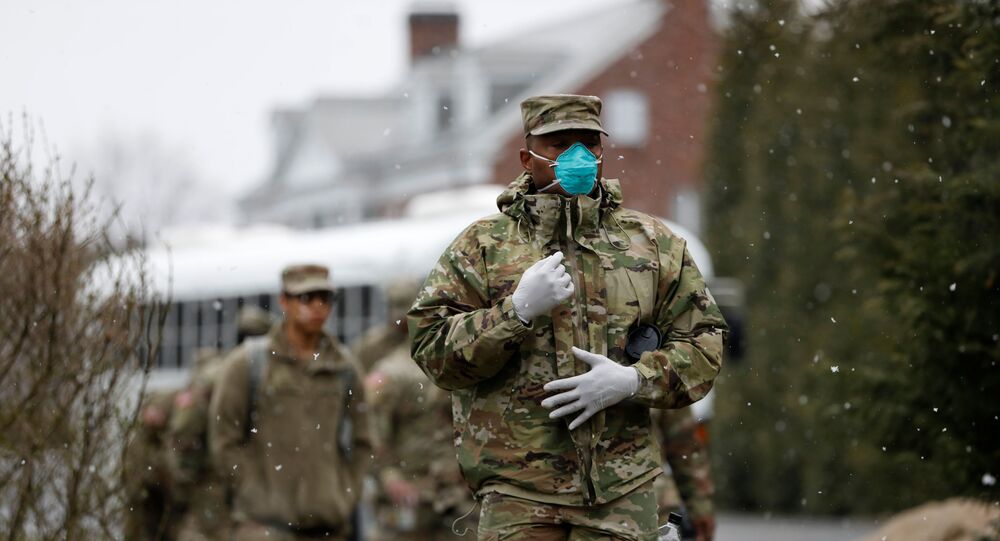 The US Army’s Human Resources Command has asked 10,000 soldiers in the Individual Ready Reserve (IRR) who recently finished their military obligations to consider volunteering in medical centers across the US to contain the COVID-19 pandemic.

Lt. Col. Emanuel Ortiz-Cruz, an Army spokesperson, confirmed to Military.com that the request was made on March 29 and applied to soldiers who had previously served in military occupational specialties including emergency nursing, critical care nursing and respiratory specialist, among others.

The latest request comes after thousands of Army retirees were asked in late March to rejoin the service to help fight the pandemic, and after US President Donald Trump issued an executive order on Saturday allowing veterans and reserve members of the military to join the effort.

According to Military.com, the Army is planning on deploying veterans and reserve members to mobile field hospitals in urban parts of the US affected greatly by the virus.

"The US Army is reaching out to gauge the interest of IRR Soldiers who would be willing to assist with COVID-19 pandemic response efforts should their skills and expertise be required," Ortiz-Cruz said.

Currently, the Army has deployed soldiers to three mobile field hospitals in New York City and Seattle, Washington. Each hospital will receive about 330 soldiers.

Ortiz-Cruz also told Military.com on Monday that the service had received around 17,000 responses from retirees in medical fields looking to help hospitals across the US contain the virus. The Human Resources Command is still processing all the requests.

"Then once we do that, we will plug them into all of our medical treatment facilities as required in support of the mission," Lt. Gen. Raymond Scott Dingle, the surgeon general of the Army, told reporters last week.