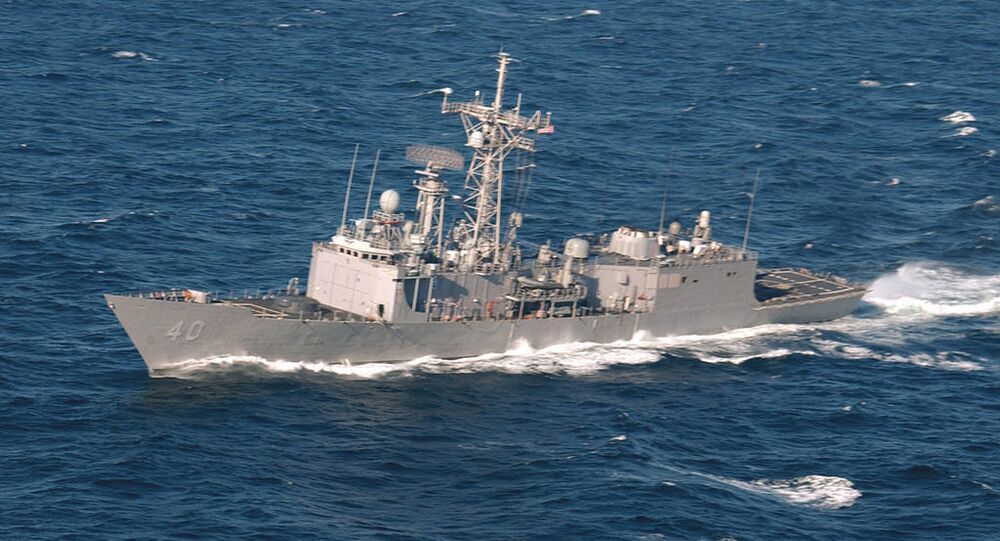 Named after William Halyburton, a hospital corpsman who died in 1945 during the battle of Okinawa, the vessel was first launched in 1981. During its more than three decades in service, the frigate has been used to hunt for submarines, drug dealers and pirates. Its last mission was the 2011 airstrikes on Libya.

In 2011 the USS Halyburton became the US Navy’s first combat drone carrier. The vessel was used during the NATO-led military intervention in Libya, which erupted into civil war. In June the vessel was sent to the North African country with two MQ-8B Fire Scout drone helicopters with built-in cameras. The drones were used to identify targets, sending video back to the ship for military analysis and dissemination.

Halyburton’s first mission ended with a setback. One drone was shot down, while the other revealed technical glitches that were not identified during test flights. One of the key issues was a malfunctioning antenna, which resulted in bad video transmission. The military rushed to fix the glitch. Afterward, Naval commentator Raymond Pritchett said that despite the obvious setbacks, this trial and error process was important.

"First, while I can’t say I like losing any aircraft, I am very pleased to see that field testing the Fire Scout included putting the system in a position where it could be shot down. Yes, it sucks to lose a drone, but it is part of the evaluation process in determining the vulnerability, reliability and contribution of these types of systems in combat zones", Pritchett said.

After the antenna bug was fixed, the drones achieved a 97 percent readiness rate. In all, Halyburton’s Fire Scouts flew 150 missions during the 2011 campaign in Libya. In 2014 USS Halyburton was decommissioned at the vessel’s homeport in Florida.