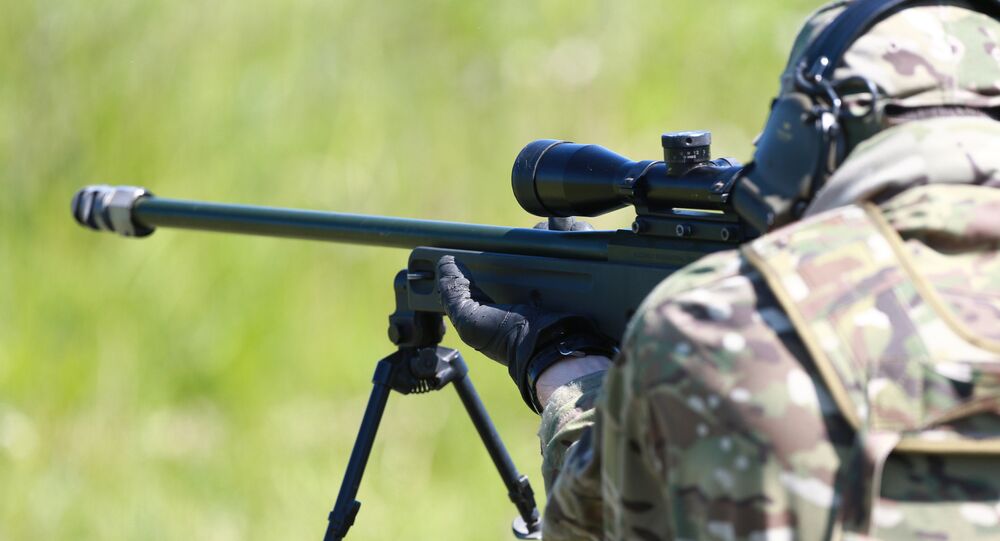 Bull’s Eye: This Rifle Will Allow Russian Snipers to Shoot Down Helicopters When in Ambush

The ASVK full-bore sniper rifle, which was developed by the Degtyarev weapons production plant in the late 1990s, entered service with the Russian Armed Forces in 2013.

The Izvestia daily has cited an unnamed source in the Russian Defence Ministry as saying that army snipers can now use the Degtyarev sniper rifle, also known as ASVK, to shoot down enemy helicopters when in ambush.

The source added that during the recent Sniper Frontier exercises, servicemen who were armed with ASVKs drilled new tactics for repulsing a chopper attack on a field airdrome by a conditional adversary.

Colonel Valery Yuryev, deputy chairman of the Union of Russian Paratroopers, in turn told Izvestia that “the large-calibre sniper rifle ASVK allows a serviceman to provide accurate fire at a distance of about two kilometres [1.24 miles]”.

He said that the rifle’s "12.7-calibre bullet guarantees its penetration of an armoured personnel carrier, an infantry fighting vehicle or an airborne combat vehicle. The bullet is also capable of easily piercing through the armour of a helicopter as well as the bulletproof glass that protects its pilots”.

Video of Central Military District snipers conducting urban training with a 12.7mm ASVK sniper rifle and a VSS-M. They engaged targets at up to 900 meters. https://t.co/oUdo8KvKSP pic.twitter.com/7DfZvwclll

According to Yuryev, random shooting at high-speed targets is ineffective, so it is very important for a sniper to take up a firing position in advance and then open precision fire.

It only remains to add that importantly, the Degtyarev rifle, which entered service in 2013, is bullpup-configured, which means that the ASVK’s trigger is installed in front of the magazine and firing mechanism.

This significantly reduces the total length of the weapon while maintaining the length of the barrel, making the rifle more compact.