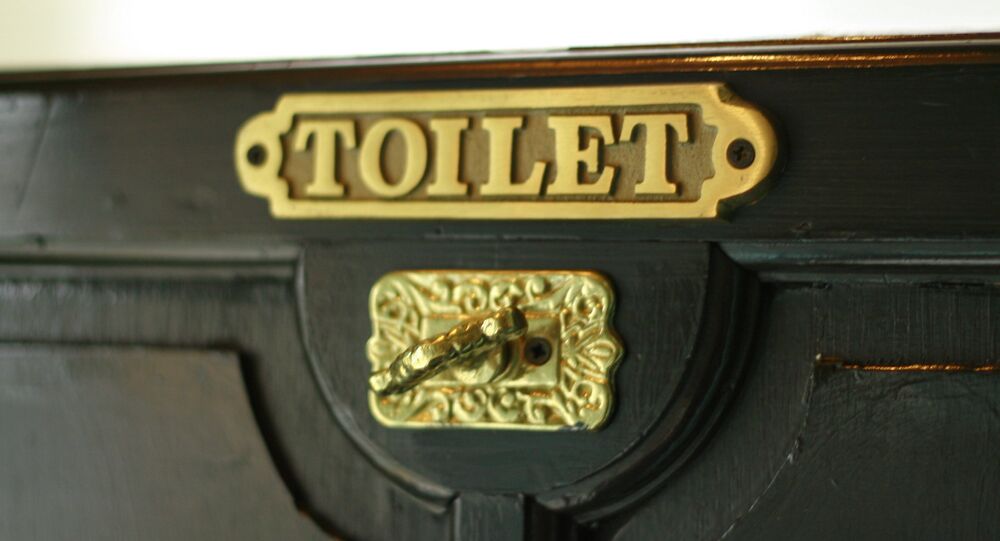 In the latest example of how the US Navy is flushing money down the drain with its new aircraft carriers, newly installed toilets have been revealed to have a major clogging problem, and it costs nearly half a million dollars to fix it each time.

"The Navy has delivered warships - such as aircraft carriers, destroyers, and submarines - to its fleet over the past 10 years that require more effort to sustain than initially planned," the Government Accountability Office (GAO), an independent auditing agency that reports to Congress, noted in a recent report on the Navy’s shipbuilding practices.

The report identifies some 150 examples of “class-wide problems,” meaning they’re inherent to the design of the ship, and that the maintenance they required has collectively caused 5,300 days of delays on Navy ships since 2012.

“These problems stemmed from shipbuilding programs not identifying, evaluating, or mitigating sustainment risks during the acquisition process,” the watchdog said, noting it “found that it would cost the Navy $4.2 billion to correct just the 30% of these problems for which the Navy had data on estimated repair costs.”

One of the most egregious of these issues is the new toilet systems installed on the USS George H.W. Bush, the last of the Nimitz-class aircraft carriers, as well as on the new Ford-class carriers.

The new system is basically a scaled-up version of an airliner’s toilet, but now expected to serve some 4,000 sailors. According to Travel and Leisure, the typical airliner toilet works by creating a vacuum in the pipe that sucks the toilet’s contents down and out of the bowl. Since these pipes are typically smaller than your average plumbing pipes, they’re more prone to clogging when overburdened.

“To address unexpected and frequent clogging of the system, the Navy has determined that it needs to acid flush the CVN 77 and 78’s sewage system on a regular basis, which is an unplanned maintenance action for the entire service life of the ship,” the GAO said in its report, using the hull numbers of the USS Bush and USS Ford.

According to fleet maintenance records, each acid flush sets the Navy back some $400,000. The GAO noted the Navy didn’t know how many times this had been done or would be needed in the future, meaning it didn’t include this number in its waste estimates.

The Navy has drawn withering criticism for problems associated with the myriad new systems added to its aircraft carriers in recent years, especially the USS Ford. Still not in service, the Ford is years behind schedule and billions of dollars over budget, facing problems in everything from its propulsion system to its magnetically powered aircraft catapults and its faulty munitions elevators that have earned it epithets such "a spectacular debacle" among lawmakers.

Earlier this month, acting US Secretary of the Navy Thomas Modly revealed that the service would likely make no further orders of the Ford-class ship after the fourth warship, the USS Doris Miller, which Congress purchased last year but which will not enter service until 2032.