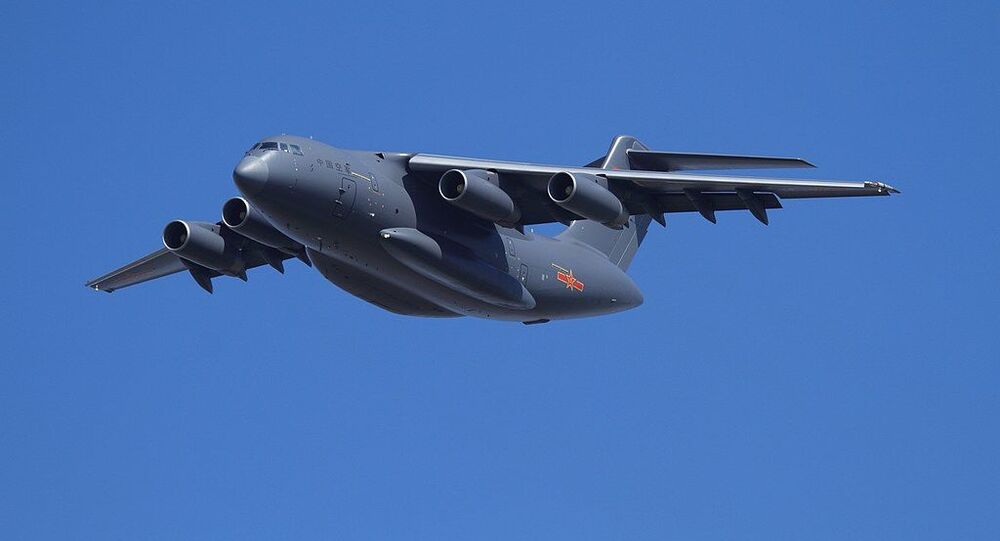 In mid-February, the Y-20 plane became part of a Chinese fleet that was used to deliver supplies and personnel to the city of Wuhan to contain the spread of the coronavirus in the area.

In an opinion piece for the magazine The National Interest, Lyle J. Goldstein, Research Professor in the China Maritime Studies Institute at the US Naval War College in Newport, focused on the dual purpose of China's large military transport aircraft, the Y-20.

Referring to the Chinese People’s Liberation Army (PLA)’s role in stemming the coronavirus pandemic, Goldstein described the appearance of the Y-20 as “an important symbol of the PLA’s effort to send medical personnel and related supplies into Wuhan”.

He recalled that “these new planes could be seen disgorging supplies and medical detachments at the epicentre of the crisis since mid-February 2020”.

Another 2,600 military medics will be sent to #Wuhan to combat #COVID2019, pushing the total number of military medics in Wuhan to 4,000. The first batch of 1,400 members arrived on Thur by military aircraft, including the Y-20 heavy cargo plane. pic.twitter.com/2WwJazHQuP

Separately, the author touches upon “potentially even more significant strategic impact of the advent of the Y-20 era for Chinese aviation” pertaining to the development of the Y-20 for aerial refuelling.

In this context, he quoted author David Barr as saying in his analysis for The National Interest that when it comes to the Y-20's progress in the refuelling field, Beijing may obtain “the ability to put US and partner armed forces operating outside the second island chain, such as Alaska and Hawaii at risk".

Goldstein also refers to an article from the Chinese magazine Aerospace Knowledge which he says “admits upfront that the capabilities of Y-20 in the aerial refuelling role do not quite match up to the latest Western equivalents”, such as the Airbus A330MRTT.

Even so, the author goes on, “similar to the Russian Il-78, the Y-20 will be able to refuel three fighters simultaneously or one large aircraft”.

Goldstein wrapped up the piece by noting that even though the Y-20’s refuelling capability is “not nearly yet on par with that of the US military, […] Chinese engineers and pilots are leaning hard in that direction with a disturbing kind of urgency”.