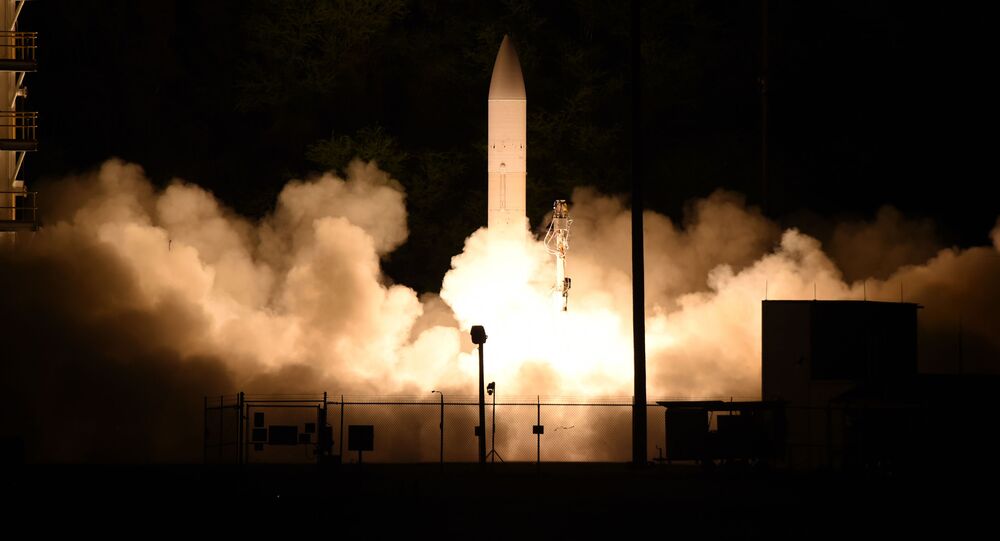 The US has been redoubling its efforts to develop hypersonic weapons ever since Russia announced its successful development of a series of such armaments back in 2018.

The US Department of Defence (DoD) has announced that it has successfully tested a common hypersonic glide body (C-HGB), firing it on 19 March from a missile range located on the island of Kauai in Hawaii. The DoD noted in an official statement that the launch was a "major milestone" in the US path to acquire hypersonic weaponry.

The statement went on to say that the missile travelled to the designated target at a "hypersonic speed", but did not clarify how many Mach it reached. It further noted that the US Missile Defence Agency would be studying the flight data and reporting on the progress of the American hypersonics programme once it is done.

The Pentagon also released a video showing the moment when the new hypersonic weapon was launched from the range.

Washington started looking into developing a hypersonic weapon back in the 2000s, but decided to halt most of its programmes after initial tests failed to show the desired results. The US redoubled its efforts to develop hypersonic missiles, as well as the means to intercept them, after Russia’s President Vladimir Putin unveiled three Russian projects in the same sphere.

© AFP 2021 / HANDOUT
Lagging Behind: How Great of a Threat is the US Hypersonic Weapons Programme to Russia?

Russia has so far introduced the Avangard hypersonic glide vehicle and air-launched Kinzhal hypersonic ballistic missile into its armed forces, while it is finishing the development of the Zircon (NATO reporting name: SS-N-33) anti-ship hypersonic cruise missile.