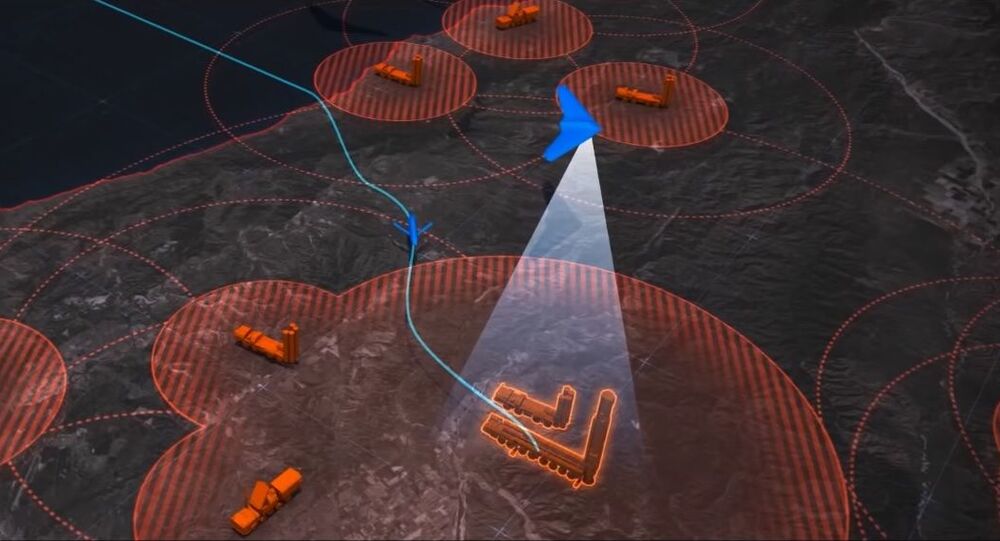 The clip, which heaps praise on the secretive Skunk Works division, notably features mostly computer-generated prototypes of aircraft, with the problematic F-35 fighter jet being the only already-existing model.

Lockheed Martin Corp has released a promotional video that appears to show a simulated airstrike on Russian weaponry.

More than halfway into the promo, CGI footage shows strikes by Lockheed’s planes on Russia’s trademark S-400 anti-air systems and a road-mobile Topol-M intercontinental ballistic missile system, as the voice-over narrates about the “ever-evolving threats” to US security.

It appears to show mostly concepts of new machines, with the only real-life aircraft being the troubled F-35 jet.

The S-400 (NATO reporting name: SA-21 Growler) is one of the most advanced anti-missile weapons currently made; it has caused a great deal of concern in the US over its acquisition by Turkey and India, with Washington repeatedly threatening to retaliate should they move ahead with the deals.

The Topol-M (NATO designation SS-27), which is being gradually replaced by the newer Yars systems, is one of the most recent intercontinental ballistic missiles to be deployed by Russia. It normally carries a single nuclear warhead with an 800-kt yield, which is 40 times the destructive power of the atomic bomb dropped on Nagasaki in 1945.