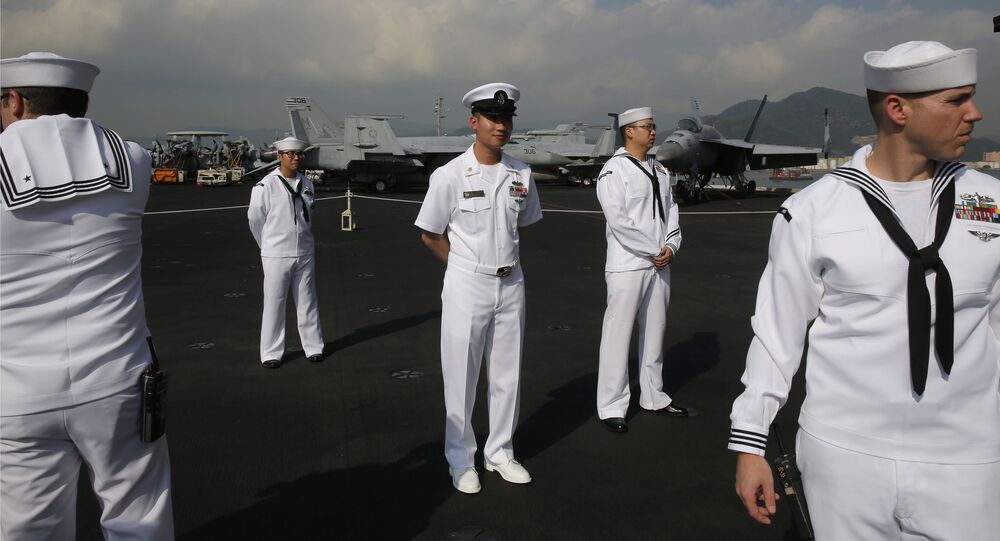 In a bid to fill a $40 billion budget hole, the US Navy is considering deploying warships with fewer sailors, among other cost-saving options.

While US President Donald Trump has asked the US Navy to expand by more than one-fifth over the next 10 years, and Congress has passed record-high Pentagon budgets, none of that has gone toward fleet expansion.

“Here’s the deal: we need more money,” Chief of Naval Operations Adm. Michael Gilday said at a January conference, according to Defense One.

“There’s broad agreement across the government that our Navy needs to grow,” he told the Surface Navy Association. “We need to pursue unmanned technologies, and we need to solve tough technology and policy issues associated with unmanned instead of running away from them.”

Congress authorized funding for construction of two Large Unmanned Surface Vessels (LUSVs) in 2020 and possibly more in subsequent years, if the ships’ AI can be proven able to follow the “rules of the road” while at sea. The smaller Sea Hunter drone ship is also being tested by the Office of Naval Research for intelligence missions.

However, the Navy’s budget in Trump’s budget submissions for fiscal year 2021 grew by just 0.9% from fiscal year 2020 - not nearly enough to cover the modernization drive expected of the service, much less its dire manpower needs.

“The bottom line is that we need to find at least $40 billion in real line-of-accounting savings to fund the development, construction, and sustainment of this new fleet over the next 5 years, and to set the Department up for continuing this trajectory in the 5 years that follow,” acting Navy Secretary Thomas Modly said in a February 18 memo obtained by USNI News. Modly told Defense News a month prior, “We definitely want to have a bigger Navy, but we definitely don’t want to have a hollow Navy either.”

Vice Chief of Naval Operations Adm. Robert Burke wrote in another memo in late February, also obtained by USNI, that Esper had “made it clear” that funding issues aren’t limited to the Navy.

“Therefore, we will take an in-depth, detailed, critical and objective internal look for how we can free up the funds needed to enable the required naval force structure growth, or as much of it as we can; within our own means,” Burke wrote.

The outlet noted that fully funding construction of the first Columbia-class ballistic missile submarine is one of the Navy’s primary goals in fiscal year 2021. The Navy signed a $22 billion contract in December with General Dynamics Electric Boat to build nine of the nuclear-armed vessels.

Some of the options being considered by the Navy include eliminating the headquarters of the US Fourth Fleet, which patrols the South Atlantic; reducing the number of available Carrier Strike Groups; automating and digitizing more clerical functions; cutting from operations and maintenance accounts; and reducing the number of sailors on forward-deployed warships.

USNI noted that cutting crew on warships could have a disastrous effect, as Navy vessels are already chronically undermanned, and the corresponding lower morale was identified as a key cause of several deadly collisions between US warships and civilian vessels in 2017.

A recent report by Chief of Naval Personnel Vice Adm. John Nowell noted an additional 2,750 open spots on US warships as compared to last year, making the Navy short by more than 9,000 people.

The proposal also runs counter to the Navy’s goal of recruiting another 35,000 service members necessary to support fleet expansion. The Navy has quadrupled its recruitment funding since 2014 to $92 million, Navy Times reported.