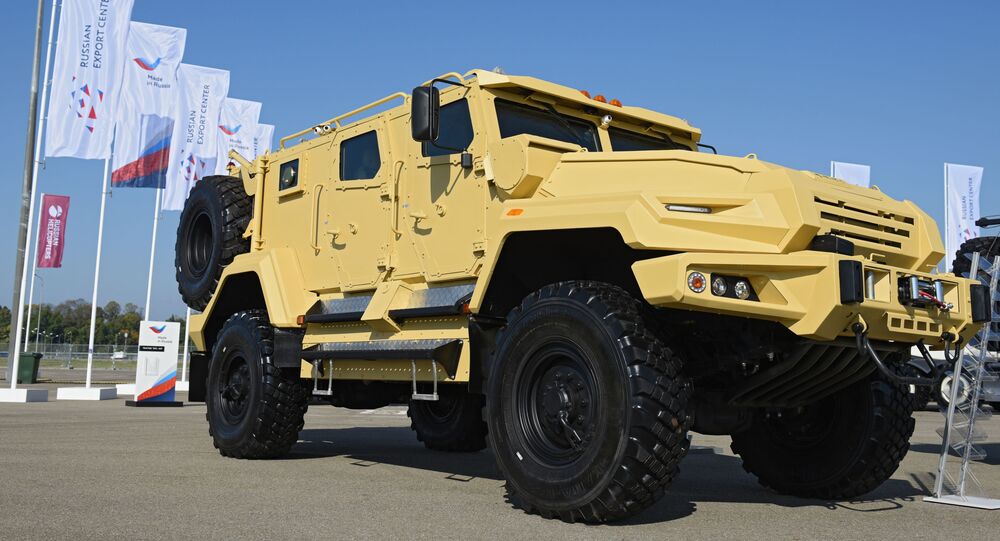 The VPK-Ural has already been purchased by a foreign customer, company general director Alexander Krasovitsky has said.

“The vehicle is undergoing preliminary testing. Moreover, we have already sold one abroad. At the request of the customer, we downsized it a little – to accommodate a crew of eight,” the official said in an interview.

Krasovitsky specified that the VPK-Ural has many of the same components as the Atlet (another 4x4 blast-resistant armoured vehicle also unveiled in 2019).

“A lot of attention has been paid to standardization. If you look at the Atlet and the VPK-Ural, you’ll see that that the front and rear doors are interchangeable, as are the left and right front windows. All the windows in the doors are also interchangeable,” Krasovitsky noted.

The VPK-Ural is a 14.5 metric tonne behemoth designed to transport up to 12 fully-equipped personnel. Powered by a 360 horsepower YaMZ-536 turbodiesel engine, the armoured vehicle has a maximum road speed of 100 km/h, and a 1,000 km cruising range. The vehicle has 0.4 m ground clearance, affording it the ability to ford 1.2 m high water obstacles, 0.5 meter-wide trenches and 0.4 meter vertical obstacles.

The vehicle includes a mine-resistance rating sufficient to protect crew against the equivalent of six kg of TNT, and a level 5 ballistic resistance rating providing protection against 7.62 mm assault rifle bullets at a range of 5 meters.

Specializing in the production of wheeled armoured vehicles of various classes, VPK has developed a range of vehicles for the Russian military, as well as other security services, dual-use and commercial vehicles. The company’s products include the AMN Tiger-M, the BTR-80 and BTR-82 armoured vehicles and their modifications (including an ambulance and command vehicle), and the VPK-7829 Bumerang armoured personnel carrier.