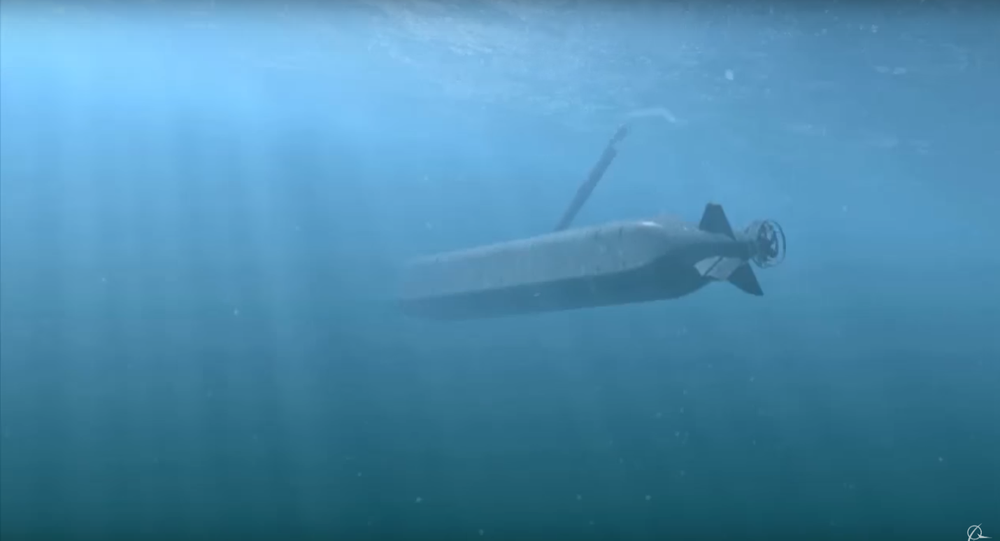 Amid pressures from China, Russia and other emerging competitors, the US Navy has turned to a strategy of shoring up its naval capabilities through the use of unmanned vessels. However, lawmakers on Capitol Hill remain wary about imbuing the new warships with the power to kill.

The Office of Naval Research, the organization tasked with overseeing science and technology programmes for the US Navy and Marine Corps, is working on a new AI-based undersea weapon system thought to be capable of making a determination to attack enemies without input from human Navy personnel, New Scientist has reported, citing budget documents.

The top secret project, known only as ‘CLAWS’ (what the acronym stands for remains a mystery) promises to “increase mission areas into kinetic effects,” a jumble of words which New Science takes to mean “military-speak for destroying things,” and to make use of complex sensors and advanced algorithms to carry the missions out.

The system is expected to be installed aboard the Orca, a new US attack drone being developed by Boeing and based on the aerospace giant’s Echo Ranger and Echo Voyager designs. The unmanned vessel class is expected to be equipped with an array of weapons, including torpedoes to enable the subs to take on enemy surface and submarine forces.

CLAWS’ existence was first revealed in 2018, with the programme racking up a $49 million two year budget, and expected to be deployed aboard the Navy’s autonomous subs on an experimental basis by 2022.

Apart from the US, other major sea powers including China, Russia, and the UK are known to be working on drone subs for their own fleets. However, given the complexities associated with these systems, and the moral issue of the need to keep human beings in the loop regarding the use of weapons, most of these projects are thought to depend on human operators.

Although US policy does not prohibit the development or employment of lethal autonomous weapon systems (LAWS), i.e. weapons which can select and engage targets without a human operator, some US officials and legislators in Congress have promoted restrictions on the manufacture of such weapons due to the ethical concerns involved.

Commenting on this problem as it related to the development of CLAWS, University of California, Berkeley computer scientist and AI systems pioneer Stuart J. Russell warned that the Navy programme is fraught with risks. “Equipping a fully autonomous vehicle with lethal weapons is a significant step, and one that risks accidental escalation in a way that does not apply to sea mines,” Dr. Russell told New Scientist.

The Orca programme is one of several autonomous naval systems that the US Navy has in the works. Others include a Defence Advanced Research Project Agency (DARPA) programme known as Sea Hunter – an autonomous anti-submarine warfare system, and the Large Unmanned Surface Vessels (LUSV) programme. The latter consists of a modular, 90 meter-long, 2,000 tonne vessel initially expected to test the capability of drone ships to perform mundane tasks, such as scouting or supply. Later, US Navy Fleet Command hopes that operations will allow the ships to be armed with anti-ship, anti-submarine or anti-air weapons. The latter vessels are part of the Pentagon’s effort to find new ways to continue the buildup of the Navy’s fleet size amid fears that China could soon outpace the US in size and capabilities. LUSVs were included in the 2020 Defence Appropriations Bill, with $209.2 million committed to build the first two ships in the prospective new class.

Elon Musk: F-35 ‘Would Have No Chance Against Drone Controlled by Human’