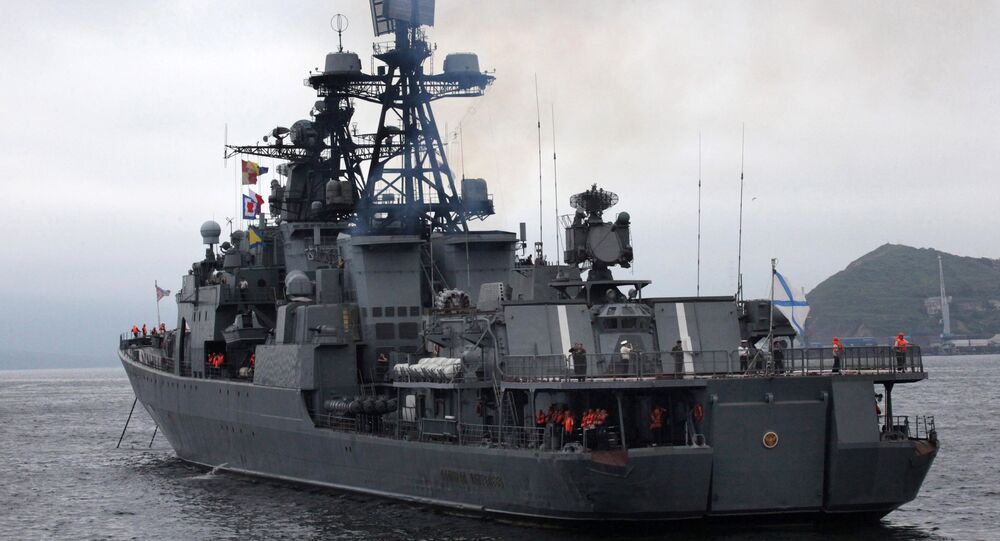 Consisting of five destroyers, two corvettes and a Slava-class cruiser, the Pacific Fleet is also home to eight ballistic and cruise missile submarines, nearly a dozen attack subs, and dozens of smaller ships, as well as aircraft and Naval Infantry units.

The Russian Pacific Fleet has formed two new anti-submarine warfare strike groups, with the vessels to be tasked with searching for potential enemy submarines, the Defence Ministry’s press service has reported.

According to the military, the groups were formed “following the successful completion of combat missions at sea with practice firing of all types of ship weapons,” and will operate in the country’s northeast.

The groups, whose exact makeup remains unknown, are expected to help protect the Russian Far East region’s maritime communications, patrol the areas assigned to them, and take part in missions abroad.

The Russian Pacific Fleet is known to include four Udaloy-class anti-submarine guided missile destroyers, as well as eight smaller Grisha-class anti-submarine corvettes, with the missile destroyers ordinarily based in Vladivostok as part of the 44th Anti-Submarine Warfare (ASW) Brigade. The Pacific Fleet is also equipped with separate ASW aircraft units, including specially-equipped Tu-142M bombers and ASW helicopters.

In recent years, the Pacific Fleet has seen an effort to modernize its capabilities, commissioning new Kalibr-cruise missile- and strategic nuclear missile-equipped submarines, and taking delivery of other equipment for its surface, aerial and Naval Infantry components.