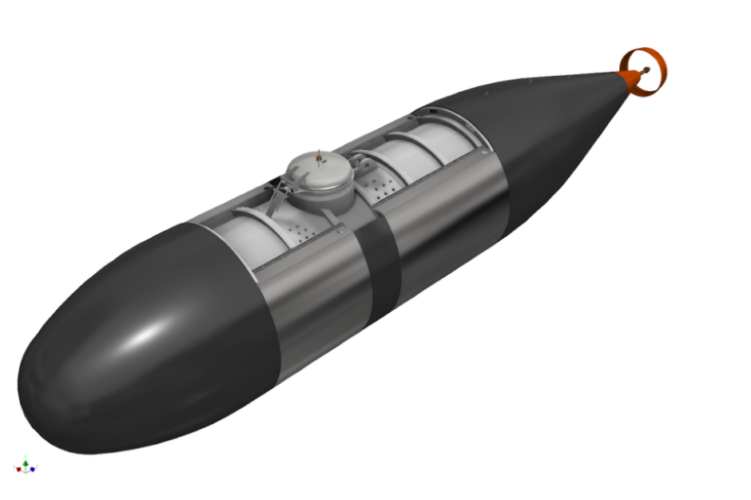 The UK is one of just a handful of nations in the world engaged in the development of drones for naval warfare, with Russia, China and the United States each known to be tinkering on their own designs.

The stage one contract, worth £1 million ($1.3 million US), was signed in September, with the midget sub maker expected to modify an existing 8.9 tonne, 9 meter-long S201 manned submersible unit to serve as a testbed for the prospective unmanned vessel. Stage two will see additional funding of up to £1.5 million committed for testing and experimentation over a two year period.

The new XLUUV vessel is expected to measure about 30 meters long, and to have an operating range of up to 3,000 nautical miles. Speaking about the contract at a security conference late last week, First Sea Lord Adm. Tony Radakin said the programme was aimed at providing the Navy with an unmanned sub for surveillance and anti-submarine warfare (ASW) operations.

“I am enormously excited about the potential for remotely piloted and autonomous systems to increase our reach and lethality, improve our efficiency and reduce the number of people we have to put in harm’s way,” Radkin said. “These XLUUVs are at the forefront of underwater systems technology; UK technological developments such as this will be the key to the Royal Navy maintaining its battle-winning edge in the underwater environment,” he added.

The Royal Navy hopes to equip its fleet with stealthy unmanned submersibles sometime in the next five years. The MSubs programme is managed by the Defence Ministry’s Science and Technology Laboratory and its Defence and Security Accelerator innovation fund.

MSubs business development director Paddy Dowsett has said he believes that unmanned submarines “will be an integral part” of the naval warfare of the future. “Because it is so much quieter, an unmanned sub can probe further into enemy waters without detection, increasing its chances of finding its adversary or collecting intelligence unhindered,” he explained.

The UK is one of a handful of nations engaged in the creation of unmanned submersibles, with their US allies known to be working on the Orca attack drone, based on Boeing’s Echo Ranger and Echo Voyager designs. China, meanwhile, is engaged in its own highly secretive AI-based unmanned submersible programme for operations in the South China Sea and the western Pacific. Russia too has a naval drone programme in the works with its Poseidon nuclear-powered, nuclear-capable unmanned underwater vehicle. That system is currently undergoing testing. If all goes to plan, the Russian Navy expects to receive about 30 of the drones by 2027. Russian President Vladimir Putin unveiled the Poseidon in 2018, touting it as one of half a dozen new strategic systems meant to ensure Russia’s ability to respond in the event of nuclear aggression by the US or its allies.