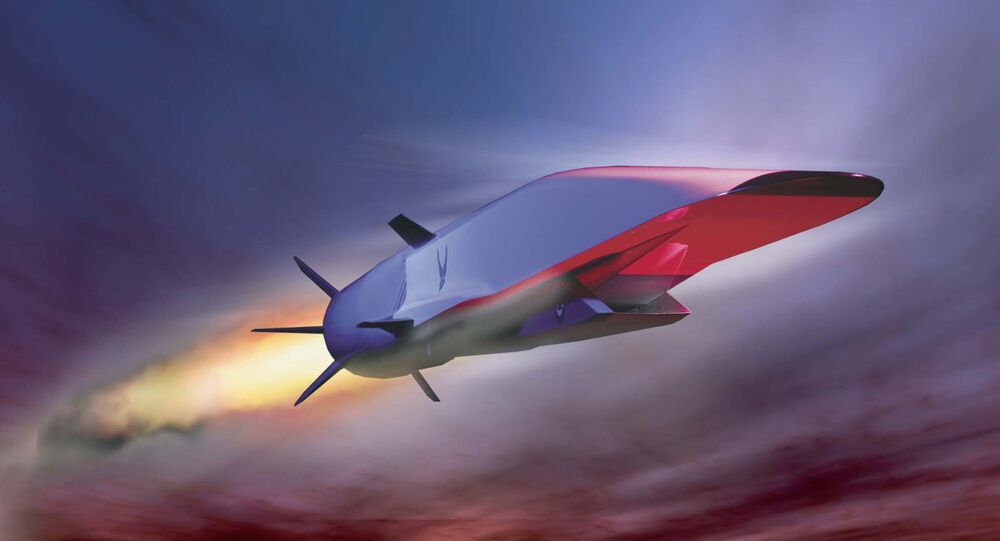 Moscow’s first two hypersonic weapons – the Avangard glide vehicle and the air-launched Kinzhal ballistic missile – have already entered into service. In addition, Russia is finalising the development of the Zircon hypersonic anti-ship cruise missile. The US, meanwhile, has until recently kept the development of such weapons suspended.

The Pentagon has recently been intensifying its efforts in the development of hypersonic weapons and the means to protect against them. Namely, it plans to carry out tests of a hypersonic missile interceptor in the mid-2020s in a bid to counter new weapons that have been developed by Russia and are currently in development by China.

In addition to this, the US Navy will be spending over $1 billion in 2021 alone on developing hypersonic missiles under the Conventional Prompt Strike programme. According to the project, the US seeks to be able to "attack high-value targets or fleeting targets" at the start of or during a conflict, while not relying on its system of forward-based land or naval forces.

The Pentagon began to look into hypersonic weapons back in the 2000s, but suspended most programmes after initial tests failed to show the desired results. Now these projects have received fresh life, since both of the US’ so-called potential "near-peer adversaries", Russia and China, are developing their own hypersonic armaments.

One of the most promising of the Pentagon’s projects in the sphere are hypersonic missiles designed to be fitted on nuclear-powered fast-attack Virginia-class submarines – specifically its latest modification, the Block V. At least 10 vessels of this type will be produced over the next 20 years, each equipped with four Virginia Payload Modules hosting seven bays for vertical launches of the new hypersonic weapon. The same armament is also expected to be used on the Zumwalt-class destroyers in the future.

The hypersonic weapon itself consists of a two-stage missile carrier and a special warhead – the Common-Hypersonic Glide Body (C-HGB), which was first tested back in October 2017. Additionally, the C-HGB will be fitted on the ground-based Long Range Hypersonic Weapon system that is designed to operate at a speed of over Mach 5 – far below Mach 27, which Russia’s Avangard gliders reached during tests.

Lagging Behind New Leader in Hypersonics

The situation is not any better for the US when it comes to developing air-based hypersonic missiles. The experimental X-51A Waverider, designed by Boeing, has had a long series of failed tests since 2010. The missile itself has been in development since the middle of the 2000s and has still not reached operational readiness. Its deployment by the US Armed Forces is expected in the middle of the 2020s.

During its first successful test in 2013, the Waverider reached a speed of Mach 5 and there has been no information since then about whether its speed will increase in the future. At the same time, its Russian competitor, the Kh-47M2 Kinzhal, is capable of traveling at a speed of between Mach 10 and 12.

Lockheed Martin
US Trying to Catch Up With Russia, China in Hypersonic Arms Development - Defence Department

In other words, the Pentagon's achievements appear bleak in comparison with those of the Russian military. The latter has already deployed its Avangard hypersonic glide vehicle, air-launched Kinzhal hypersonic ballistic missile, and is currently finalising the development of the Zircon (NATO reporting name: SS-N-33) anti-ship hypersonic cruise missile.

John Hyten, vice chairman of the Joint Chiefs of Staff, admitted back in 2018 that the US had failed in the field of hypersonic arms research and development, noting that it would take years to regain a leading position.

'We Don’t Plan to Go to War With Anyone': Putin Reveals Why Russia is Developing Hypersonic Weapons