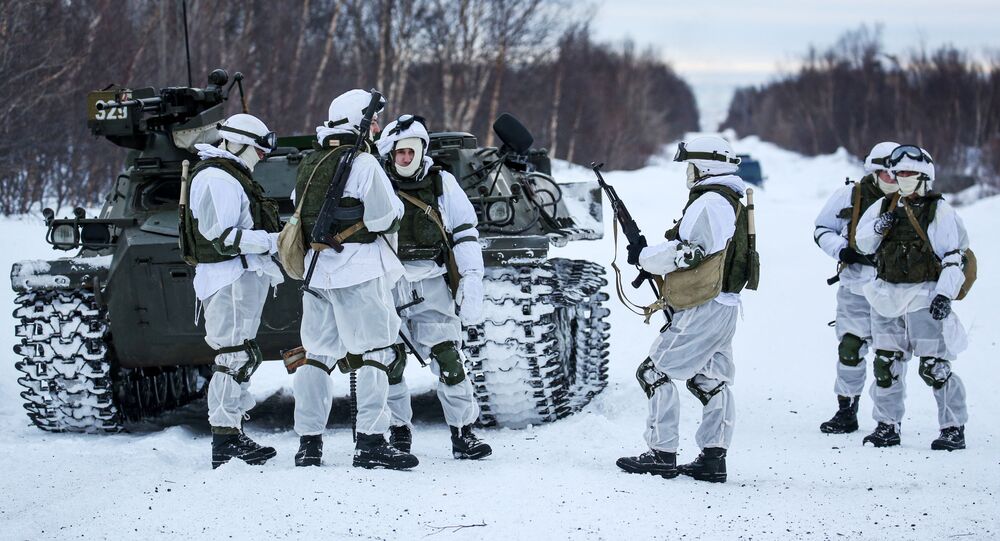 Russian President Vladimir Putin on Thursday signed a decree approving the document on the basics of Russia's state policy concerning Arctic development by 2035, according to the official internet portal containing legal information.

The decree comes into force on the day of its signing.

Apart from this, a coastal defence system of the Russian Federal Security Service has been created in the region. It is already in active service.

According to the document, the growing foreign military presence in the Arctic region and the fact that Russia's activities there are being discredited are the key challenges that Russian national security faces.

The decree comes after Defence Minister Sergei Shoigu stated that the Russian armed forces had ensured the security of the Northern Sea Route, with the Northern Fleet, the Airborne Troops, the Aerospace Forces, and the Special Operations Forces conducting regular exercises on "protecting important industrial facilities and Russia's economic interests in the Arctic area".

U.S. Navy photo by Mass Communication Specialist 1st Class Kiona Miller
Nearly 1,500 Service Members From All Branches of US Military to Join Arctic Exercise
Strengthening Russian troops in the Arctic region remains a priority of the Defence Ministry, Shoigu went on to say.

Russia, which is preparing to assume the rotating presidency at the Arctic Council next year, has been alarmed by the increasing presence of NATO in the region.

Moscow is seeking to turn its Arctic region into a green shipping lane. The so-called Northern Sea Route aims to open it up to navigation by 2035.