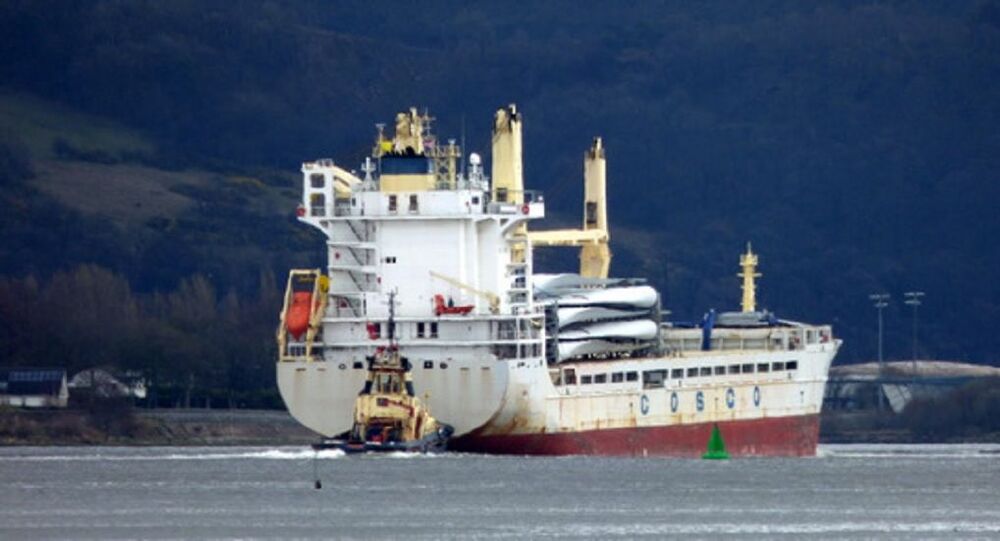 New Delhi (Sputnik): China has denied allegations that it tried to ship material to Pakistan to help the latter develop nuclear-capable military equipment. The ship was seized by Indian customs on 3 February and defence scientists claimed the material the ship was carrying was meant to manufacture a nuclear arsenal.

India has captured a Chinese vessel with material capable of manufacturing nuclear-capable missiles.

According to Indian Foreign Ministry spokesperson Raveesh Kumar, the vessel "Da Cui Yun" was detained by Customs at the port of Kandla in Gujarat while en-route to Port Qasim in Karachi, Pakistan.

“Our examination has revealed that the item is an autoclave that is controlled under a dual use export controls' list. Therefore the item has been seized by our authorities as per our legal procedures. It has also been ascertained by our examination that this item has military applications", inistry spokesperson Raveesh Kumar said on Thursday in New Delhi.

Indian authorities detained the Chinese vessel when it was docked in Kandla as it had incorrectly declared the item that it was carrying.

The ministry has conveyed New Delhi’s concerns on the issue to China and highlighted that as a friendly country “the Chinese government should take appropriate measures to ensure that Chinese entities do not engage in activities that can contribute to proliferation”.

"After seeking the information, we know that this item is actually a heat treatment furnace shell system, produced by a private company in China. This is not for military use and it is not a dual-use item under the non-proliferation and export control", Chinese Foreign Ministry spokesman Zhao Lijian said in Beijing.

The Pakistan-bound merchant vessel from China was detained by India, but the autoclave on the ship that India claimed to be material for ballistic missiles is neither military supplies nor dual-use items under non-proliferation and export control. pic.twitter.com/zZCzgjFnk1

On Tuesday, experts from India’s Defence Research and Development Organisation (DRDO) confirmed that New Delhi had seized a Pakistan-bound Chinese ship docked in Kandla on the western coast on intelligence input.

The seized autoclave can be used to manufacture the motor of very long-range missiles with range upwards of 1,500 kilometres as well as space rockets.