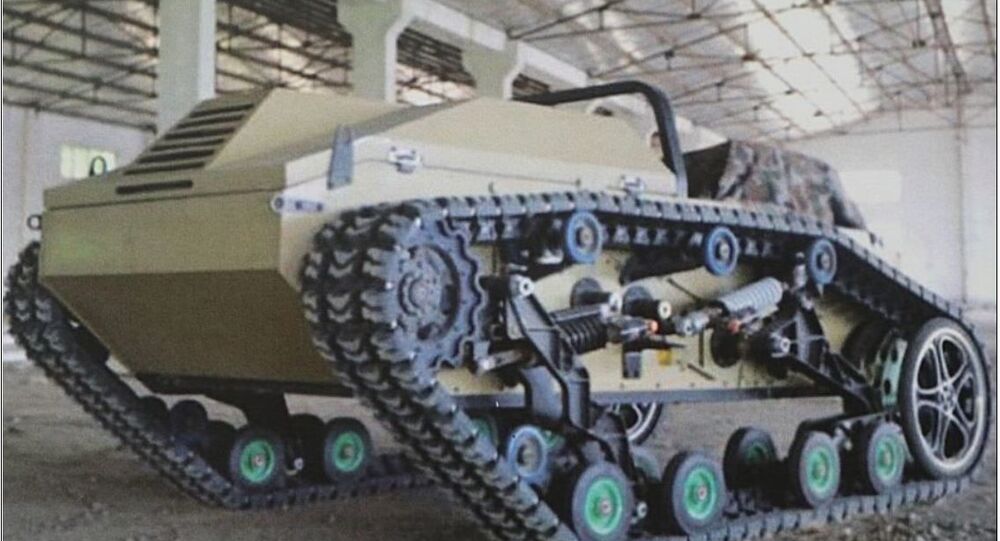 A Chinese arms company has revealed a new unmanned ground vehicle that can transport ammunition and supplies in complicated terrains or provide fire cover when armed.

China possesses an arsenal of the unmanned weapon systems for different combat scenarios and was prepared for potential robot warfare in the future, Chinese experts said on Sunday.

Developed with a modular design concept, the Mule-200 can switch loads for transport, reconnaissance, combat and communication relay for different missions, the report said, noting that unlike most UGVs that leave payloads in the open, the Mule-200 can store them inside its armour to provide protection.

With two caterpillar tracks, the Mule-200 can travel in all kinds of terrain, the report said, noting that the robot vehicle can run at a top speed of 50 kilometres an hour with the longest range of 50 kilometres: superior to comparable UGVs with its newly developed gasoline-electrical hybrid engine.

© CC BY-SA 3.0 / Oleg Belyakov / Lockheed C-5M Super Galaxy
Born to Overcome: US Air Force’s Biggest Aircraft Takes Off Despite Biblical Rainfall - Video
The Mule-200 is believed to be technically mature and have excellent performance, the report said, and the fact it was developed by a private, not a state-owned, company indicates China enjoys a high technical level in UGVs.

Future warfare is expected to feature intensive unmanned weapon system operations for which China is getting prepared, a military expert who asked not to be named told the Global Times on Sunday.

The Mule-200 is one example of China's military-civilian integration strategy, the expert noted.