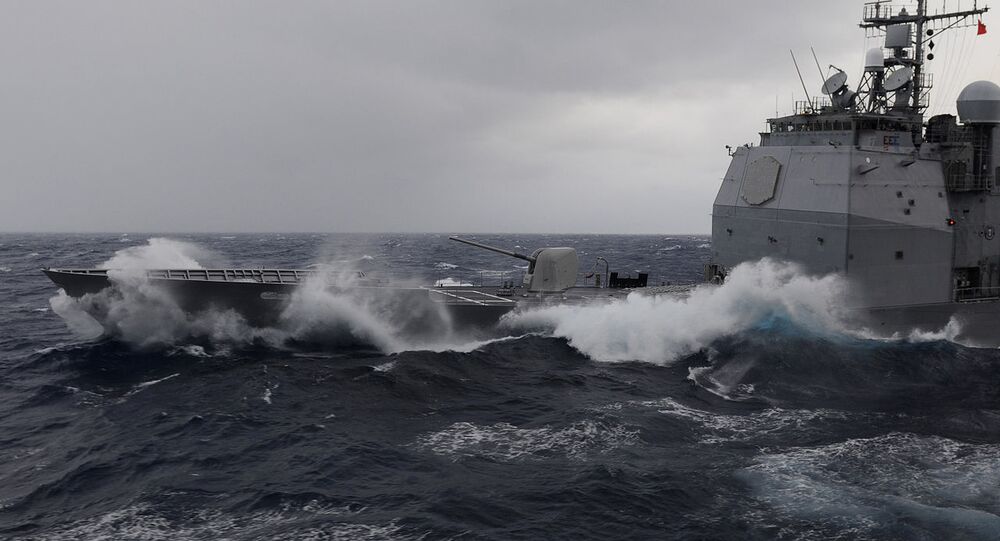 Last week, Navy officials testifying to Congress complained that fiscal 2021 plans to cut the Navy’s shipbuilding budget by $4.1 billion from 2020 was “not helpful,” noting that the cuts would sink plans to build a new submarine, cancel a $650 million America-class amphibious assault ship, and hit other ship and aircraft procurement plans.

The US Navy has grown increasingly incapable of operating in extreme weather conditions since the end of the Cold War due to increasingly fragile prospective ship designs and a generation of seamen who haven’t received the same amount of poor weather training as their predecessors, Forbes defence contributor Craig Hooper has warned.

“Do [Esper] and other similarly minded policymakers understand that they may be arguing for a fleet that will be more effective fighting from a pier than out in the contested seas the future Navy is meant to secure?” Hooper complained, warning that “as China and Russia emerge, the Navy can no longer plan on operating in calm seas.” In fact, he noted, “today, as storms are becoming stronger and more frequent, the chances of a fight in higher, rougher seas will only increase.”

According to the journalist, even though US naval designers during the Cold War realized the need to build heavier ships to be able to withstand choppy conditions, even the large, 8,000 tonne Spruance-class destroyers still only had 20 percent operational capability in sea state 6, or very rough waves of 4-6 meters.

“If an 8,000 tonne destroyer is unable to fully operate in Sea State 5 or higher, how well will a far more sophisticated and delicate 2,000 tonne ‘optionally-manned’ missile boat” like those currently being proposed “be ready to fight?” Hooper asked. “How will these small vessels keep up with the carrier strike groups they are charged to defend? Have the sensitive technologies necessary for these small ships to fight actually been developed, optimized and tested in real-world sea conditions that a small ship will experience?”

In recent months, the Pentagon has argued for the need to increase the size of the Navy to 355 ships by 2030 to try to keep up with China’s growing capabilities. At the same time, the Navy announced a “crash programme” aimed at slashing its budget by at least $40 billion between 2022 and 2026. The proposed cuts come despite recent generous overall increases in the US defence budget, which reached over $738 billion in 2020 (more than the spending of the next seven countries in the world combined). Furthermore, amid growing strains on its carrier-strike-group-dominant doctrine, the Navy has proposed the construction of unmanned warships, and the deployment of VTOL F-35s aboard amphibious assault ships to act as nimble mini-aircraft carriers, among other initiatives.